Speculation surrounding Christian Bale’s initiation into the Marvel Cinematic Universe had been steadily growing for months, with fans speculating that he would become part of the new wave of heroes set for stage 4. However, Tessa Thompson has now confirmed that Bale will not be gracing our screens as a fabled hero, but rather as a villain in the new Thor film. 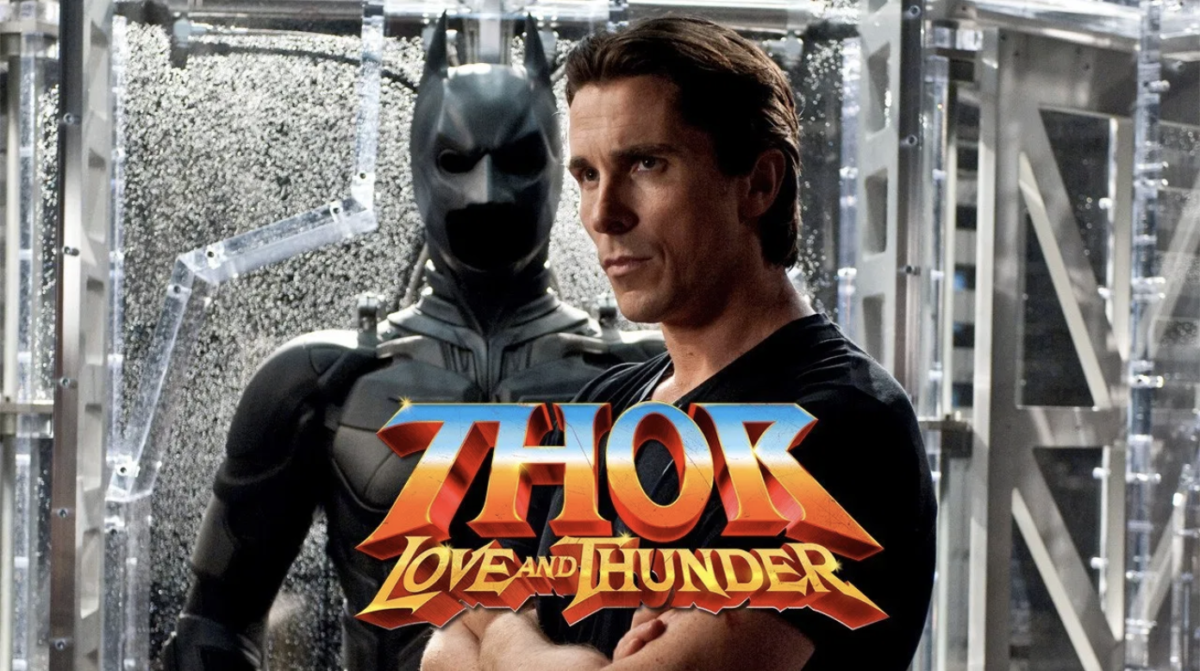 The fourth Thor film, Thor: Love and Thunder, is set to see the return of the dynamic partnership between Chris Hemsworth as the titular character and Taika Waititi behind the helm- a combo that saw Thor: Ragnorok gross $845 million at the box office.

Why the final Thor film is so important

The fourth Thor film holds the weight of the Marvel Cinematic Universe stage 4 on its shoulders, as it will signify the beginning of a new era in the MCU. Staple heroes like Iron man, Captain America and Black Widow have already been written out of the universe at the end of stage 3, and Chris Hemsworth is likely to follow them.

With stage 3 of the MCU arguably the golden age of superhero films, accumulating an approval rating of 85% and above on rotten tomatoes in 9 out of 10 of its films, it is important that Thor: Love and Thunder leaves a strong impression to lead into the next phase of the cinematic universe. The film will not only signify a changing of the guard, with Tessa Thompson and Natalie Portman assuming the roles of King of Asgard and Thor respectively- but it will also lead the MCU into a new phase of gender and racial diversity, with more women and people of colour in titular roles than ever before.

Christian Bale’s role has yet to be revealed, but various media outlets have reported that the role will be “alien and other worldly”. The former Batman actor’s presence in the MCU further exemplifies the rift between Marvel and DC, as Marvel continues to soar while DC struggles to achieve success in both the box office and critical reviews. In fact, DC has not produced a steady franchise since Bale’s Batman trilogy which ended in 2012.

Dario Agger first appeared in the comic Thor: God of Thunder in 2014, around the same time Jane Foster emerged as the new female Thor. He is minotaur (a Greek mythological half man half bull) who disguises himself as the CEO of the villain company Roxxon. Considering the new film will be positioning Natalie Portman as the new Thor, we think it’s very likely that Dario Agger will be the main antagonist of this film.

Beta Ray Bill has been a thorn in Thor’s side for decades now. First introduced in the 1883 comic Thor #337, Beta Ray Bill is almost a mirror of Thor’s own powers and abilities. Born of the Kobinite race, Beta Ray Bill was the first being aside from Thor to be able to wield his hammer, Mjolnir. Beta Ray Bill is a continual presence in the Thor comics, and he would fit in well as the next villain in the MCU.

‘Gorr the God Butcher’ first appeared in Thor: God of Thunder in 2013. Gorr has one mission; to slay every God in existence. Though he was defeated by the God of Thunder, his legacy lead to Thor becoming unworthy and unfit for Mjolnir. Cue Jane Foster assuming the mantle. Gorr would be a great villain for the next film because deep down, his thirst for decide comes from a place of pain, and Marvel love a villain that the audience can sympathise with.

Michael Korvac is a villain that any marvel fan worth their salt will know. Korvac was a computer technician born on the blue side of the moon. Originally an antagonist to Doctor Strange and the Defenders, he has battled Thor many times. Korvac is such a big presence in the Marvel Comics, that his appearance as the next Thor villain would fit well with the MCU’s affinity for big villains. Fans have long theorised that Korvac won’t appear in the MCU as he may be too strong for any one Hero, but with Jane Foster assuming the role of female Thor, perhaps the duo will have enough power to beat him and save the universe.

While it looks like Loki died once and for all at the hands of Thanos, the God of mischief has fooled us before. If he does return, it would be amazing to see Bale and Hiddleston work side by side to defeat Thor- their long brown curls becoming more similar as their friendship grows. But if the God of Mischief doesn’t return, then Bale has an uphill battle of filling the Loki sized hole in our hearts.