This week, we had the privilege of hanging out (read: socially distanced Zoom call) with Sydney-based Triple J artist Oly Sherman to get the latest scoop on his newest single Homeboy, the possibility of an upcoming album and his creative process.

If you’re a fan of Sherman, you’ll know about his critically acclaimed songs Three Oh Three and House On A Hill but for anyone who is introducing themselves to the pensive magic of his music, he’s an up and coming Indie musician with a focus on folky sounds, honest lyrics, and an authentic voice. He’s been hailed a second-coming of Matt Corby and an artist to keep a keen eye on.

A routine stalk of Oly Sherman’s social media did not prepare me for the down-to-earth guy that graced the FIB Zoom call with a fresh hair cut, bright blue eyes and casual white tee that was reminiscent of Vance Joy. Flicking through Instagram, you’re greeted with sweet song covers (check out his most recent here), a thoughtful message about Black Lives Matter and dreamy pictures that encapsulate his life, friends and tours.

Having noticed a small birthday celebration on his Instagram, our conversation seemed more like two friends catching up, rather than a writer interviewing the latest Triple J musician.

You just celebrated a birthday! Can I ask if you did anything?

Well, I did all that we can do at the moment. Just hung out with a few friends, had a few drinks. Actually, I celebrated the release of Homeboy too!

That’s right! your new single Homeboy came out on the 29th of May, which was the day before your birthday! How was that planned?

To be honest, when I handed it to my team, we were talking about dates, and when they mentioned the 29th of May, I thought ‘ooh! That could be a fun little weekend!’ So yeah, I selected that one.

How long does it usually take you to write songs, record them and put them out into the universe?

In every project, it’s different. I like planning months in advance. Like at the moment, I’ve got quite a big catalogue! I really like planning things. I’ve never really been one to make something, and then the next week decided to just drop it. I have to simmer on it and make sure I’m totally happy with it first. When a song finally comes out and people are hearing it for the first time, I’ve heard it over a thousand times and analysed it to the point where I know it’s finished. I really, really like planning.

Homeboy was quick for me! I had been at a small gig for the day, and I came home and just made it. I remember thinking ‘oh, that’s really cool’ and then I didn’t touch it for a few days. I like to go back to things with a fresh approach, so when I did pick up Homeboy again, I added a few things, rewrote some parts and then sent it off to some friends and that sort of thing. It must have been about two weeks of tweaking, simmering and listening before I realised ‘that’s cool,’ like ‘that’s a vibe,’ we can do something with this. So I polished it off for another week and then sent it off! That’s when we were finalising dates. Homeboy was really quick, a really quick turnaround for me. I think as I write more and release more, that’s going to be the way to go. Maybe it’s because I’m less nervous and really starting to plant my feet firmly on the ground. So yeah, a very quick turn around for Homeboy.

Homeboy was kind of your mental space during the Covid transition,and you were really questioning things like identity and relationships. Can you explain that for me?

Yeah, I was on tour when all this Covid stuff started, so it was a pretty abrupt end and I had to move back home and find a small part time gig to offset all that. I basically went from touring and being around so many people to just being by myself. So it was such a weird turn around, and it created a completely different dynamic of how I would think. The song is about being caught in an arduous place between expectations, relationships and self-awareness. It’s a small window into my mental capacity and how I dealt with having all this time to think in isolation, and when I’m alone and I think too much, I kind of create issues that aren’t even there and I think that ties in with this song so much. I guess this song is  just a culmination of all those feelings of social isolation and what that means for me. 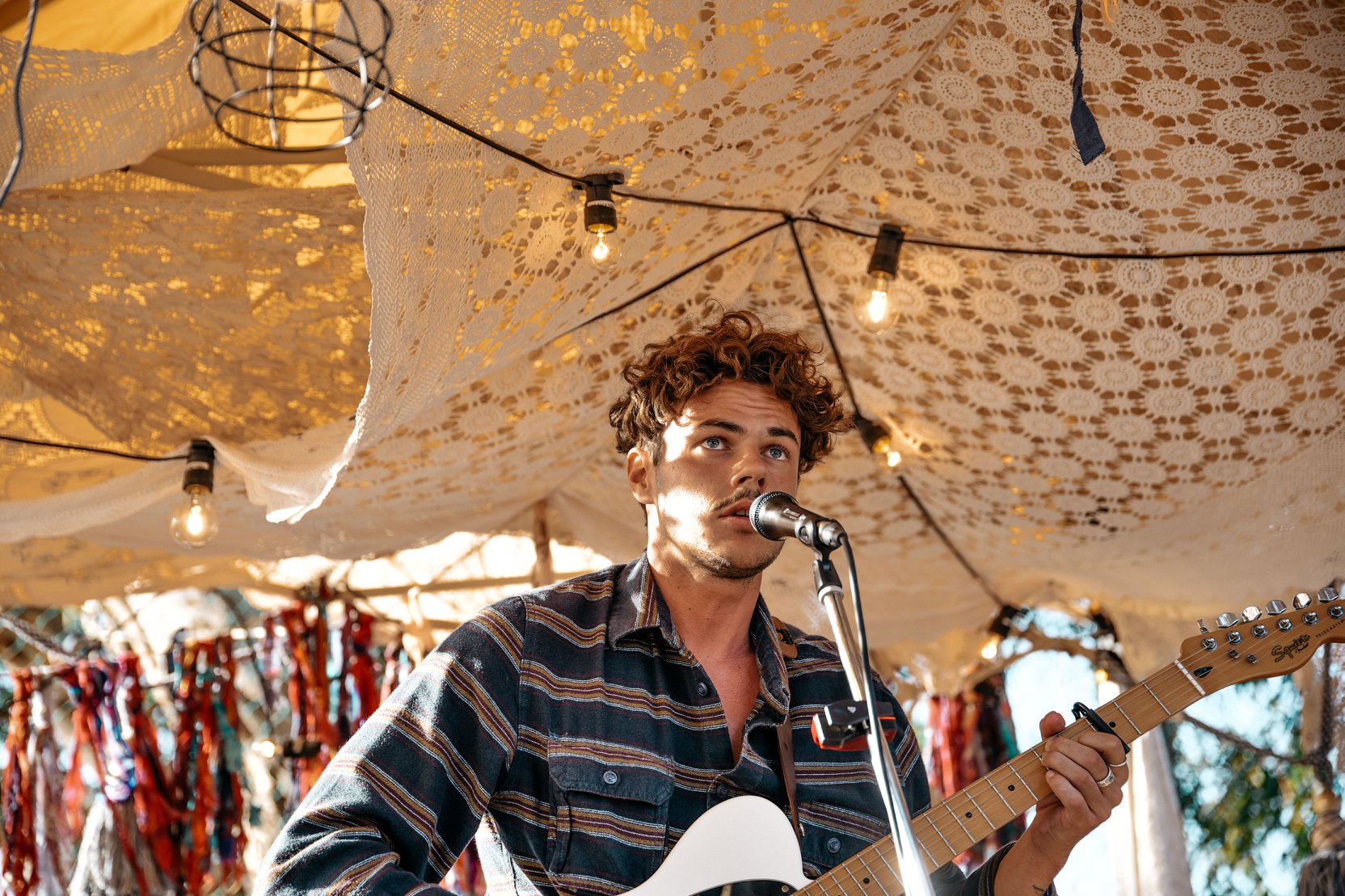 Is it true that you had more than 40 shows scheduled nationally before they were cancelled by Covid?

It is. I was lucky enough to get a few weeks into the tour and I was playing super regularly, and I knew it was coming. There was so much coping I had to do, but in the end, I just had to accept it and you know, kind of move on from that. Homeboy was really the fruition of all that adjustment.

Have there been any responses or reactions that you have been really surprised about, or not expecting?

It’s funny! I get hit up a lot on socials by people I don’t know saying ‘Hey man, this song really relates to me here!’ It’s funny because sometimes what they’re saying is just not what I’m saying at all. Sometimes what I deem relevant may not be relatable to someone else or they say something that gives it a whole new meaning or feeling. It’s really special to hear that.

Do you often think about how people would listen to your music when writing?

I try not to think about audience reception at first, music really is my outlet, my way of being honest and raw with the world. When I do write, I try to think of myself as if I were my biggest fan. I wouldn’t release music that doesn’t give me goosebumps. At the moment, I’m just trying to be myself and write as authentically as I can.

Do you have anything else to add? Maybe a confirmation of a new album?

Well, an album is definitely something I’ve had in the back of my mind. The idea of a project as a whole is something I’ve been really attracted to. I have started putting stuff together, it’s on the cards. That’s all I can say right now.

While we wait for our beloved concerts and live music events to resume so that we can catch Sherman perform once again, we’ll just be here listening to his infectious new track, Homeboy.