Many famous fashion houses have their roots in the equestrian goods trade. Hermès began in France as a supplier of coach harnesses and equestrian accoutrements in 1837.

Thierry Hermès founded the company in 1837 as a harness workshop in Paris. Originally, his intent was to serve the needs of European noblemen by providing saddles, bridles and other leather riding gear.

The Hermès clientele consisted of only the uppermost circles of high society, but the brand was also able to adapt to changes in transportation, developing travel luggage with a reputation for quality. Still today, Hermès Kelly and Birkin bags are symbols of status, in part due to their pedigree as a Parisian brand. In the early 20th century, Thierry’s son Charles-Émile Hermès moved the company’s shop to 24 Rue Du Faubourg Saint-Honore in Paris, where it remains to this very day and is the company’s global headquarters.

Between 1880 and 1900, it started selling saddlery and introduced its product in retail stores.In 1900, the company started selling the “Haut à Courroies” bag, which was meant for riders to carry their saddles in it. It was a specially designed bag, with a high trapezoid shape, for riders to carry their saddles or other paraphernalia and is the closest product to the bags produced today.

In 1918, Hermes introduce the first leather golf jacket with a zipper, crafted for Edward, Prince of Wales. Due to their exclusive rights agreement, the zipper becomes known throughout France as the ‘fermeture Hermes’, or the ‘Hermes fastener’.

Inspired by a blanket-holder used in the 1920s, Plume bag was created. It was one of the first bags created by Hermes in soft unlined leather. It is made inside out and then at the end turned back out to produce a perfect lady like handbag. In the 1920s, accessories and clothing were introduced into the portfolio as Hermes introduce the first women’s couture apparel collection which included bathing. The first leather handbags entered the product line in 1922 and the brand introduced travel bags in 1925.

Sac à dépêches was created in 1928 to carry Depeches. These were known as news and latest information. The bag was essentially a satchel for men. Still the most popular for special orders at Hermes you can have any number of pouches and in any size. The company’s iconic duc-carriage-with-horse logo and signature orange boxes were introduced in the 1950s.

Verrou clutch bag was created in 1938. It was closed by a sliver bolt and after Andy Warhols’ muse Ultra Violet returned the one Andy Warhol had once bought her to Hermes, the house decided to produce a new version with a silver and palladium bolt.

Hermès brought the now iconic Chaîne d’Ancre bracelet in 1939. A widely used motif within the house’s aesthetic, as well as in their various product lines, the Chaîne d’Ancre is still being used today. An ingenious use of the capital “H” in an interlocking chain pattern, the design became a subtle insignia for the house.

In 1949 Hermès launched their new line of perfume, dubbed Eau d’Hermès, as well as the Hermès silk tie for men. The fragrances and silk products were later to be some of the houses prime selling products, as they added more designs to the list in the time of Robert Dumas-Hermès.

A photo of Hollywood actress turned Monaco Princess, Grace Kelly, carrying a Hermes Sac à dépêches to cover her pregnant belly is published on the front cover of Life Magazine in 1956. Suddenly women are flooding into Hermes stores asking for the ‘Kelly Bag’.

The Constance bag was created in 1959 by designer Catherine Chaillet, she named the bag after her daughter Constance. With a H-shaped fastener and a clever adjustable strap the bag can be worn over the shoulder or held by the side.

In the 1970s, the company established a watch subsidiary La Montre Hermès in Bienne, Switzerland. The company acquired tableware manufacturers like Puiforcat, Saint Louis and Perigord in the 1980s and consolidated its position in these segments of the luxury market.

Possibly one of the most iconic stories was about the Iconic Birkin bag. Named after Jane Birkin a British-French actress, singer, songwriter, and model. She attained international fame and notability not only for her popular films and music but also for her decade-long musical and romantic partnership with Serge Gainsbourg. The duo released a duet “Je t’aime… moi non plus” “I love you … me neither” in 1969. The song caused a scandal for its sexual explicitness, and was banned by radio stations in Italy, Spain, and the United Kingdom.

In 1983 Jane Birkin sat beside Jean Louis Dumas, the director of Hermes, on a flight to London from Paris. She dropped her Hermes diary and papers spilled everywhere. She exclaimed “no bag ever had enough pockets to hold all her papers!”.

The iconic Birkin bag was later introduced. This is a large bag that was strong and beautiful and soon enough it was to be one of the most sought after designs in the world. The Birkin bag has the longest waiting list for an accessory today, it is reported to be around six years.

Jean-Paul Gaultier who took the reins of the creative direction in 2003. During this time, he took the now emblematic Birkin and Kelly handbags, extended the handles and widened the silhouette to create the Shoulder Birkin and Shoulder Kelly.

Hermès regularly goes back to its roots when it needs to find inspiration for creating and launching new products. “Heritage” is one of the strongest differentiators of the core brand identity of Hermès.

Created in 1958, the Ring bag inspired the new Icon belt, which was launched in 2014. Along similar lines, the Piano belt launched in 2014 is a re-edition of the 1954 model but with a more retro look. Creations across product categories also regularly come together in new product offerings. In 2014, a piece of jewellery called the Mini-Dog buckle became a part of the Irving moccasin shoe.

Hermès has continued it’s very close relationship with external designers, strategically implementing their hand in the overall creative direction of the company at large. In 2010 that the creative torch for ready-to-wear was passed to Christophe Lemaire as head designer, who brought with him a minimalist approach to the Hermès look, and created a kind of easy luxury.

In the same year, Hermès launched the “Petit h” line of products with recycling and sustainability at its heart that was spearheaded by Pascale Mussard, the great-great-great-granddaughter of Thierry Hermès.

The Hermès Foundation was launched in 2008. The Foundation embodies the group’s goal to sponsor and support creation and craftsmanship activities. It launched the biannual Emile Hermès Prize that rewards an innovative project in the field of design in 2010. As of 2014, Hermès operated 311 stores globally, out of which 207 were directly owned and operated by the company. In 2019, the brand was ranked 33rd in the Forbes List “World’s Most Valuable Brands”. The Parisian fashion house is worth $76.2B according to (Forbs 2020).

“I think Hermès objects are desirable because they reconnect people to their humanity… Our customer feels the presence of the person who crafted the object, while at the same time the object brings him back to his own sensitivity, because it gives him pleasure through his senses, ”Creative Director Pierre-Alexis Dumas said.

A very strong and distinctive element of Hermès brand strategy is the concept of collaboration. In the continuation of a strategy that was adopted by the first generation of the founding family, Hermès regularly invites artists who are carefully selected by senior Hermès artistic directors to design iconic products in the company’s portfolio. Collaborations are not limited only to scarfs but also occur in other product categories and within portfolios.

Collaborations with designers are a mainstay of Hermès. The objective is for both the designer and the company to benefit from each other’s reputations. The company’s collaborations with brands outside the Hermès brand portfolio are consistently in the ultra-luxury space including John Lobb shoes and boots, Puiforcat tableware and dinnerware and Saint Louis glassware.

This was seen in 2014, the company’s new launches across different product categories included the Oxer bag, the Nautilus pen, the Faubourg watch, the Third Haute Bijouterie collection, the La Parfum de la Maison, the H-Deco tea and dessert service and the Lighting collection.

As well as in 2015, continuing with its tradition of offering something new and expanding the definition of luxury, Hermès collaborated with Apple in a new collection called Apple Watch Hermès.

The new collection has been categorised as a true collaborative effort with each watch engraved with the Hermès signature, typeface customizable to the famous Hermès orange and its three exclusive dials paying respect to Hermès’ watch face designs.

Hermès has shown ingenuity in leveraging the power of social media. There are two apps it has developed one is called Silk Knots, which essentially is a how-to-guide that teaches how to tie the brand’s scarves in 24 different ways. The second one is called Tie Break, is aimed at men and contains a variety of GIFs, games, comics and interesting nuggets of information on Hermès collections.

It also launched a new menswear website called Le MANifeste d’Hermès, which aims to act as a guide for men’s styling needs. GQ magazine termed the website as having the ability to revolutionise e-commerce.

Famous clients of Hermes include Madonna, Elle MacPherson, Kim Kardashian, Victoria Beckham, Nicole Kidman and Julianne Moore. No single family in the world seems to be as obsessed with designer handbags as the Kardashian’s. “Momager” Kris Jenner even has a private vault to house her Hermès bag collection, with each one costing upwards of thirty thousand dollars.

With so many wondrous stories and such an illustrious past, Hermes conjures up a story to it that many other fashion houses can’t even begin to compete alongside. The fact that the stunning bags they create remain so prized is testament to the fashion house’s design brilliance and luxurious quality.

Handbags have always been iconic and sought after. Nowadays handbags are made in a bewildering array of styles and materials, they can be found in a dizzying array of exotic leathers such as python, crocodile to name but a few.

Designers continue to play with the paradoxes inherent in the handbag with transparent materials that both, expose and conceal the contents of the bag. And to many it matters not that it can cost as much as a small sports car.

The company has successfully kept alive and strengthened a brand differentiated through strong history, exquisite craftsmanship and superior quality. The fact that it is considered to be the most innovative among all the luxury fashion houses is a testament to the company’s commitment to constantly manufacture and launch ultra-luxury products that are unique, have a strong sense of allure and have a distinct mark of superior craftsmanship.

The company’s future looks secure, but Hermès needs to constantly evolve and differentiate to maintain its superior position in the ultra-luxury segment of the market through leveraging the power of its family brand as an icon of legacy, authenticity and prestige.

The Girls Guides to Designer Fashion 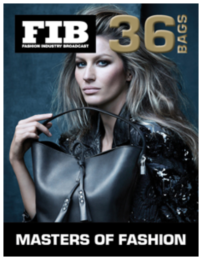