‘Seven Easy Pieces’, ‘Feminist Fashion’ and ‘Urban Zen’, Donna Karan has lived it all. If you know Donna Karan as DK, you will know her for the legendary ‘Seven Easy Pieces‘ – Bodysuit, skirt, tailored jacket, dress, something leather, white shirt and a cashmere sweater. This was Donna’s creation in 1985, where fashion was her means to convey the personality and sensuality of a women. Her creations were much ahead of their time.

Today, DK is the founder of Urban Zen, a brand purely created to combine conscious consumerism and design to balm the community’s wellness and social impact. Inspired by the Eastern cultures of this world, Urban Zen is a space for ease, wellness and even some timeless clothing. The brand is meant to elevate your inner peace with ready-to-wear dresses, home decor and even furniture. Based on DK’s philosophy towards life, she worked on this brand with a genuine intention to raise the Urban Zen Foundation which is a Non-profit organisation devoted to raising awareness and inspiring changes in areas of healthcare, persevering culture, empowering the mind, body and soul of children. In a conversation with T&C, she said that;

“I have always wanted a store where the product supported a foundation, but of course Urban Zen is so much more than that”.

Such strong principles does not come to one spontaneously, it takes years of experience to achieve this intricacy that paves way for a global change. Donna Karan is an epic example of this.

Donna’s fashion career was highly recognised for her stance on dressing up women not as barbie dolls in tennis shorts and skin-tight clothing, revealing the breasts to satisfy the fantasy of men. But rather, her aim was to give women the option to choose fashion that was comfortable to wear. Be it to the office, party, going to a park, or even a fancy restaurant. Donna’s creations were of coveted fashion. She spoke up for the female point-of-view in clothing, this may seem insignificant but Donna’s flair of designing outstanding clothes made her one of the first to champion a female president in 1992.

American fashion in the 90s was all about the iconic power trinity, Ralph, Calvin and Donna.

It was Donna who proposed making clothes for the first possibility of a female president.  Donna’s renowned advertising campaign of that time, ‘In Women We Trust’ was breaking the social compliance while she designed the ground-breaking double-breasted blazer for model Rosemary McGrotha who played the ‘women in power’ in the campaign. It was meant to create a fantasy of having a female president and it turned out to be a classic in fashion’s history.

Though this was merely an ad-campaign, it had a greater value for its time. Rosemary who worked on this campaign spoke about Donna with Vogue and said:

“She was all about power and women and that kind of thing. Everything is sort of conducive to [it being presidential], the set is like that. You get it right away. And then the swearing in on the Bible. It definitely was. Donna was really on that presidential thing. I think she would have liked to see a woman be president, and she would still like that.”

Fashion was not a new concept to Donna but it didn’t come to her easy either. With her mother a model and her stepfather, a tailor, Donna was meant to rule the world of fashion. She pursued her education from Parsons School of Design after graduating high school. After this, Donna began her career as an assistant to Anne Klein in 1967. Her initial days were less of designing and more of sharpening pencils and bringing coffee to the desk. Anne was known to be diligent at her work and unfortunately, Donna could not match up to Anne’s work ethic and late nights. Consequently, she was fired. Just when anyone would admit defeat, Donna wanted to prove herself and a few years later, Donna officially began her journey as the head of the Anne Klein design team until 1974.

The road ahead was full of hurdles and it took another decade for Donna to launch herself in the globe of fashion. The iconic bodysuit by Donna was a result of her yoga practice since she was 18. And not to forget, the famous ‘Cold shoulder’ dress known for its eccentric aesthetic changed the outlook of women clothing back in the days. Donna’s belief is that, “The only place you will never gain weight in is your shoulders.”

Besides, immense success in the field of fashion, Donna’s life has been a series of tragic events. Starting off with her mentor, Anne Klein who passed away at the same time that Donna was giving birth to her daughter with her first husband by her side. This loaded responsibility on Donna’s shoulder to head back into the studio and complete the collection sooner than she would’ve preferred. As you can imagine, this was quite a painful experience. Following this she started her New York fashion voyage with her beloved husband, Stephen Weiss. And thus, the popular brand DKNY came to life.

‘If you don’t want your daughter to steal from your closet, start a clothing brand.’ That’s how Donna got the idea to officially launch DKNY. The perfect streetwear wardrobe is full of fur-coated anoraks, classy jumpsuits, unconventional boyfriend jeans and typical dresses that make you look chic with minimal effort.

Back in the days, in a conversation with Vogue, Donna spoke about the jean collection: “To embrace the jeans lifestyle in all its expressions. More than just denim, jeans are an attitude, a way of being. This line is very much that, only completely from a city point of view.”

Eventually, the longevity of DKNY concluded when the couple sold their brand to a French conglomerate LVMH but she remained a chairperson and designer for this line. And soon, her other half, Stephen passed away in 2001 and it left Donna in the dark, which she feared the most. Beyond just being the husband he was, Stephen was her business partner and a trusted adviser.

A strong and influential woman as Donna was also a victim of bullying and verbal abuse. She let her deepest fears unravel in her memoir, The Journey. She mentioned how Stephen and her relationship had been an inspiration to create the empire she takes pride in. “Spaghetti Legs” and “Meatball Head” were common phrases meant to describe her in her childhood, however she invested in fashion and her relationship whole-hardheartedly that these comments meant little to her.

In a talk with US Magazine, she recollected a time growing up where she wound up in mental and emotional turmoil that induced fear within her. Until she met Stephen, whose optimism and charisma kept her going to make a mark of her own. “I was drawn to him with every cell in my being,” she wrote.

Many designers come and go but Donna Karen is a name that has stuck. Donna was a visionary for womens apparel. She designed clothes for comfort and self-awareness. She revolutionised the way women dressed, she gave them body-conscious capes to adorn and acknowledge their own skin, regardless of its shape, size or tone. When Donna stepped down from her franchise, DKNY, there was a wave of mixed emotions among her fans who admired her vigour in making clothes that empower women thanks to Donna’s stretch fabrics that more often encouraged women to embrace their flaws. But, Donna didn’t give up on fashion and hence came the Urban Zen, giving hope and power to many women to accept their waistline, thighs and tummies without an iota of shame.

Besides fabric of Donna-isms that was exclusively meant for women-to-women ethos and the never ending attempt to boast about women’s sensual nature, she also dared to venture into displaying androgynous designs that included many gender fluid references. And hence, she also stepped into the capital of men’s collection.  She went by the nickname ‘The Queen of Seventh Avenue’ back in 1989 and experimentation was a piece of cake for Donna. Under the umbrella of DKNY, she successfully launched the men’s collection in 1992. Beyond just apparels, Donna’s hub is a place for handbags, accessories, lingerie, eye-wear, bedding, beauty products and, even fragrances that were designed by her late husband.

In the wake of summer 2015, Donna finally wrapped up her contributions to DKNY and since then has channelised her attention to Urban Zen.

Such a powerful personality advocating for women throughout her decades in fashion did become bait to a major controversy. Donna Karan became the reason for world-wide outrage back in 2017 when she defended her friend and film producer, Harvey Weinstein who co-founded The Weinstein Company. He was accused of sexually harassing US actress Ashely Judd and at least one other actress, models and multiple female employees during his time of working as a movie mogul. While Weinstein was later found guilty of rape and sexual assault in March of 2020, the demise of Donna’s image was due to her cruel comments on the entire ordeal in blaming and shaming the female victims that spoke out against Weinstein. She went from being the ambassador of creating feminist clothes to a person that did not stand by other women.

Donna went on to claim in 2017 on the red carpet at the CinéFashion film awards in Los Angeles, that “Obviously, the treatment of women all over the world is something that has always had to be identified. Certainly in the country of Haiti where I work, in Africa, in the developing world, it’s been a hard time for women.” She also added that, “I also think how do we display ourselves? How do we present ourselves as women? What are we asking? Are we asking for it by presenting all the sensuality and all the sexuality?”

The issue was not about expressing a stance, it was about breaking the reputation one held for decades together. Her accusation on women, that when they dress provocatively they are seeking out male attention broke the very foundation Donna was building her entire fashion career. ‘The female point-of-view.’

The internet lost all the faith in Donna with her insensitive remarks in blaming the female victims associated with Weinstein’s case when the news first broke. Twitter was filled with anger and many famous celebrities like Rose McGowman who is an American actress, activist and author expressed their stance on Twitter, “Donna Karen you are DEPLORABLE. Aiding and abetting is a moral crime. You are scum in a fancy dress.”

Though Donna regretted it instantly, it was to no vain. #Boycottdonnakaran was trending on Twitter and many women who believed in Donna’s fashion lineage that was meant for women empowerment, banned her completely. All it takes is one mistake that reveals the principles you have formed. Years of speaking up for women and it all blew up in one moment for Donna.

When you become a public figure, there is a sense of responsibility that comes with it. If you are a face known to fight the societal norms that hinders the growth of women, you are an empowered figure rather than a mere celebrity. You become the voice of those voiceless and your stance matters. Donna Karan is 71 now and continues to practice her love for fashion through her work in Urban Zen. Whether through controversy or adversity ‘Donna Karan’ remains a titan in the industry of fashion.

Her legacy will continue. She will always be the designer that refused to design for size-zero. 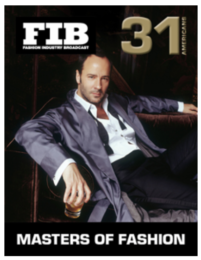