Never before have two simple words displayed on the elastic waist band of a pair of undergarments come to mean so much to so many.

The Calvin Klein name is one of the most globally recognised brands on the planet. It has blazed it’s way through the annals of pop culture legend for over 30 years, with it’s striking product collections of underwear, jeans, fragrances and chic streamlined fashion. All the while these products were presented to us in a tantalising, often provocative fashion. The genius of Calvin Klein was not restricted to his design skill but equally by his ability to ride a fine line between controversy and the salacious.

The influence of Calvin Klein has never waned, he is as relevant today to the newer, younger generations, through his use of “Now” celebrities and models, seen in the 2020 “Deal With It” campaign. The star-studded campaign features Justin Bieber, Kendall Jenner, Lil’ Nas X, Maluma, Hunter Schafer and Lay Zhang, as he spreads the powerful message of self-love and confidence. The campaign truly encompasses the “this is who I am” mantra and highlights the core values of the Calvin Klein name: raw, confident, and sexy. It is an unapologetic look at what makes us, us, and by looking at Calvin Klein’s catalogue we only scrape the surface of what truly makes Calvin Klein so unique.

The Birth of a Revolutionary

Just like fellow designer Ralph Lauren, Calvin Klein grew up in The Bronx, New York in a fashion-inspired household influenced by his Jewish mother and grandmother. He was born into a world that he would soon revolutionise. He earned two scholarships for design at the New York High School of Art and Design and the Fashion Institute of Technology. Even though he did not graduate with any certification, Klein instead launched himself into the fashion industry with help from his mentor, Baron de Gunzburg. It was clear that he possessed a unique and creative flare that would eclipse others preceding him.

In 1968, he created a collection that was youthful and understated in a time of shapelessness and psychedelics. He established Calvin Klein Limited with the $10 000 at his disposal and a desire for change. His minimalist yet stylish approach reflected the young and career-driven woman. In September 1969, Calvin Klein was featured on the cover of Vogue magazine and was referred to as “the supreme master of minimalism”. This catapulted the Calvin Klein name into the stratosphere of fashion, and in its first year of business grossed $1 million. The acclaimed designer was only beginning to show the world of his profound talents, and he had no intention of slowing down.

Calvin Klein in the ’70s

In April 1970, Klein held his first, modest fashion show; costing around $10,000. In spite of only designing 50 pieces, Women’s Wear Daily announced that Calvin Klein was the designer to watch and the “answer to this season’s rising prices”. By 1971, his initial collection had expanded to sportswear, blazers, and lingerie. He was awarded the Coty American Fashion Critics Award three years running, in 1973, 1974, and 1975. Revenues exceeded $17 million and his name garnered extreme traction. He was the first designer in history to be inducted into the Coty Hall of Fame at the young age of 33. His humble beginnings were now a shadow to his rising influence on 1970s culture.

By 1977, Calvin Klein again branched out and showcased his new scarves, shoes, belts, furs, cosmetics, jeans, menswear, sunglasses and sheets. This was met with a popularity of fierce proportions. 200 000 jeans were sold in the first week and the revenues exceeded $30 million. It was a high for the brand, but Calvin Klein is not one for stagnation. Needing to do more, Klein pushed to launch his fragrance collection. He funded the production of the fragrance collection with his own, personal funds. Unfortunately, a lull in sales resulted in the fragrance collection being withdrawn from the market.

Calvin Klein in the ’80s

The name was on billboards around the world, but the branding on an underwear waistband launched Klein from designer to revolutionary. The original campaign image featured Olympian pole-vaulter Tom Hintnaus lying on a hot roof. The campaign adopted Calvin Klein’s iconic and provocative way of advertising. The campaign led to sales exceeding $65 000 in their opening week and $4 million in the first year. Klein’s women’s underwear collection followed this trend, selling approximately 80 000 pairs in the first 90 days.

Calvin Klein and the World of Fragrance

The company was booming. But the designer craved perfection. The failed fragrance lines of his past were just catalysts for his inevitable success. In 1985, Calvin Klein launched Obsession, his second female fragrance. The Obsession collection reinvented him as a fragrance icon. He invested $13 million into advertising and marketing for the fragrance line. Controversy followed Klein for his sexually suggestive advertisement that featured naked bodies touching each other in a hot tub.

Provocative? Yes. Bona fide Calvin Klein? Absolutely. However, the controversies did not slow the sales of Obsession but ignited them. The huge success created an even more successful fragrance line, Eternity, with an even larger expenditure of $18 million. Eternity went on to gross over $35 million in its first year. By late 1987, however, the company was attempting to sell due to financial problems, employee turnovers and licensing disputes. However, the stock market crash gave the company a chance to survive and thrive. With Calvin Klein at the helm, success was the only path he was willing to take.

Calvin Klein in the ’90s

The Calvin Klein brand grew even further in the 1990s. The promotional images featured up-and-coming stars Mark Wahlberg and Kate Moss. The 17-year-old Moss was deemed as being too skinny and embellished a “heroin chic”, which led to extreme backlash for the brand. The provocativeness of Calvin Klein’s ads seem to be a medal of honour. Kate Moss and Christy Turlington also received backlash for their salacious appearances in their campaigns. Greater controversy came from television ads that had audiences accusing the company of glorifying child pornography. This led to an investigation conducted by the Justice Department’s Child Exploitation and Obscenity section. Klein later withdrew the advertisements and escaped any further prosecution.

The designer’s approach to advertising has always been to shock audiences and he has never been affected by the controversies. Calvin Klein has always responded to his critics by stating that he is a “sexual person” and he reflects this in his advertising. However, it clearly shows the more criticism and controversies he suffered, the more his popularity would rise. Amidst accusations of glorifying rape, violence, child pornography and drugs, he was awarded America’s Best Designer in 1993. It seemed that his name and the company were untouchable.

Calvin Klein in the ’00s

However, in 1999, the company was listed for sale. But companies such as LMVH, Tommy Hilfiger Corp. and Holding di Partecipazioni rejected the offer due to the high price of $1 billion. In 2002, Calvin Klein finally sold the company to Phillips van Heusen Corp for $400 million, $30 million stock and licensing rights and royalties over the 15 years following the deal (approximately $300 million). Klein would continue to be the creative lead for the collections. Soon, this changed to the role of creative advisor, then ultimately separating from the brand completely.

But, the 2008 advertising for Calvin Klein’s perfume, Secret Obsession, featured Eva Mendes and Klein’s signature sexiness. The commercial showed a topless Mendes rolling on top of a bed. The commercial was immediately banned by U.S. television networks. The banning was detrimental to the marketing of the perfume; however, Mendes embraced the banning of the commercial. “That means the ads are totally Calvin, totally provocative and a little controversial”. The Calvin Klein brand would always speak in the tongue of Calvin Klein.

The Modern Generation and Calvin Klein

As of 2010, PVH has produced sales in excess of €4.6 billion. In 2013, PVH bought the Warnaco Group which united formal, jeans, sportswear and underwear under one name, one brand. The PVH Corp. generated sales of around $22 billion in 2019, and has 40 000 associates in 40 countries around the world. The PVH Corp. has built an impressive portfolio of brands including Tommy Hilfinger, Van Heusen, and Arrow. The Calvin Klein brand has changed with its face, but it still remains as one of the most influential and popular brands in world fashion.

With the Calvin Klein brand still making sales of over $9 billion, his legacy can be never be ignored. In 2019, $365 million was invested into advertising, marketing and promotion of the Calvin Klein name, ensuring that the brand will forever shimmer in neon, demand attention on billboards, and entice the eyes on the front cover of magazines.

The 30th anniversary in 2019 is an indication of the consistent hit of Calvin Klein. The Underwear’s Chief Creative Officer, Bob Mazzoli, commented that “the 30th anniversary is a time to celebrate the brand’s history of product innovation and new concepts, from the continuation of ck one and Calvin Klein Naked Glamour to the launch of Calvin Klein Underwear Bold, as well as the new Modern Classic and Push Positive lines coming this fall. We are continually inspired through our ongoing relationship and dialogue with our global consumers, and fully intend to create a future that is just as compelling as our past”.

The Legacy of Calvin Klein

The Calvin Klein brand continuously pushes to empower and excite the younger generation. In 2019, the brand was announced as the official fashion sponsor of Coachella. The sponsorship led to to the #MYCALVINS HOUSE, a surreal experience that showcased the 2019 spring collection. Festival-goers were encouraged to shop a selected collection of Calvin Klein products and participate in branded photos. The unrivalled adaptability of Calvin Klein is what establishes him as one of the most influential designers in the fashion world. His name is passed down through the generations like a valuable heirloom, with every generation connecting to the Calvin Klein brand in a unique way; intrinsic to them.

That is the power of Calvin Klein; he pushes to uphold the prestige of his name for future generations. He has collaborated with world-renowned photographers, celebrities, sports stars, and models to create a brand that stays cutting-edge. Calvin Klein, the man behind the name, delights in shocking the public eye, one that rejects complacency. Specifically the 1980 jeans commercial starring a 15-year-old Brooke Shields asking “do you know what comes between me and my Calvins? Nothing”, and the 2009 Steven Meisel shoot that suggested foursome sex. The Calvin Klein name has always been branded with provocation

Calvin Klein truly lives by the mantra that “sex sells”, but we should not look at his need to push the bounds of advertising as a way of being provocative for provocative’s sake. Klein champions the idea that underwear was, is, and will continue to be more than just underwear. It was designed to be noticed. Designed to confer status and wealth. It was totemic of its wearer’s “tribe”; metrosexual, hip-hop, or lad. Underwear is loud. Demanding the attention it deserves. Calvin Klein did not just revolutionise the look of underwear but the view on underwear.

Calvin Klein is one of the most influential and successful designers who proves time and time again that he is here to stay, regardless of the season. His eye for sexiness empowers those who wear his collections, his fragrances, his jeans, his name. The Calvin Klein name brings with it a sense of luxury and finesse, showcased from his minimalist beginnings to his powerful star-studded catalogues of the modern era. It is Calvin Klein’s obsession with change and success that sets him apart from other designers. In a word, he is an icon. 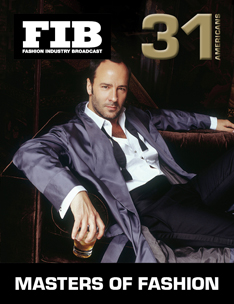