It has been a tumultuous few days for shock rocker Marilyn Manson but these new abuse allegations seem to be sticking around.

Marilyn Mason is facing new abuse allegations from ex-fiancee, Evan Rachel Wood. Shockingly, this is not Ms Wood’s first admission of abuse, but it is the first time she has named her abuser.

The name of my abuser is Brian Warner, also known to the world as Marilyn Manson. He started grooming me when I was a teenager and horrifically abused me for years. I was brainwashed and manipulated into submission. I am done living in fear of retaliation, slander, or blackmail. I am here to expose this dangerous man and call out the many industries that have enabled him, before he ruins any more lives. I stand with the many victims who will no longer be silent.” – Wood via Instagram

Wood originally admitted to being the victim of rape “by a significant other” in a Rolling Stone interview in 2016. In 2018, Wood detailed her experiences of sexual assault and domestic violence before the U.S Congress, but still didn’t give any name.

Four more women have also come out and posted their own allegations against Manson. It seems there is a little too much smoke for there to be no fire. Manson has since been dropped from his label, Loma Vista. His TV appearances have also been cut including appearances on American Gods and Creepshow. Manson has released a statement on Instagram denying any wrongdoing. 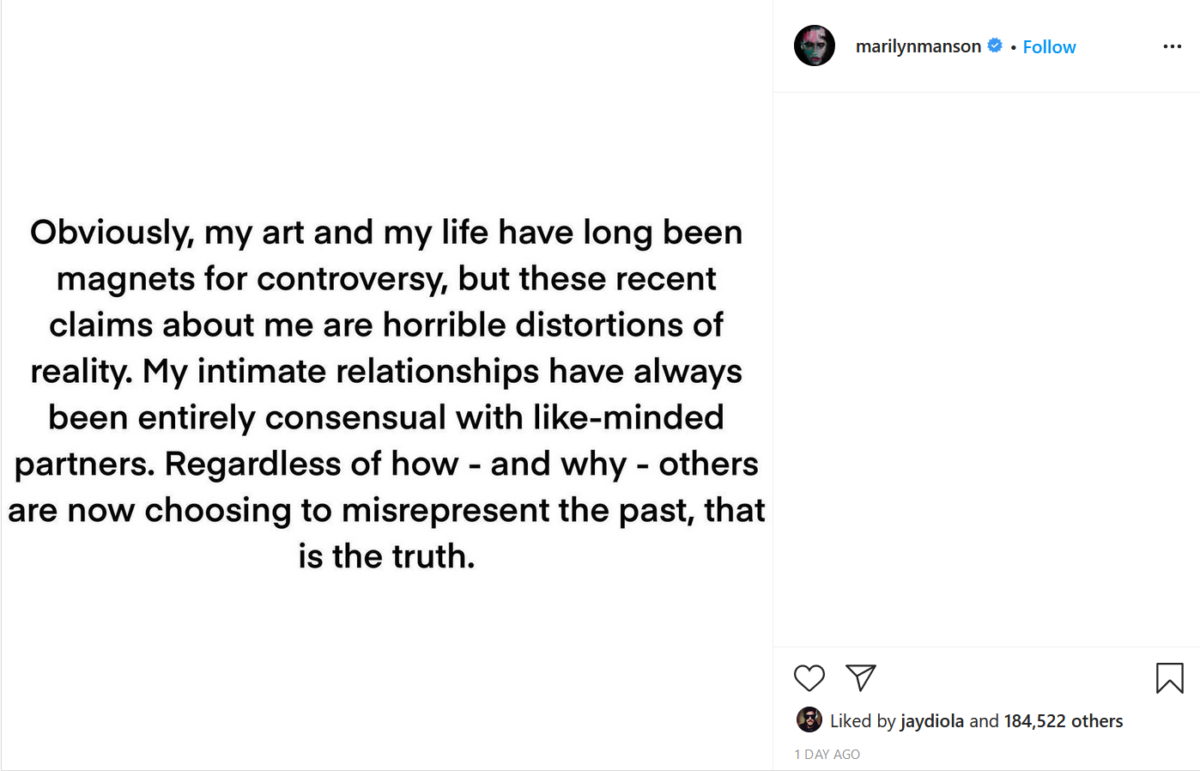 It is suspicious that given when Metal Hammer asked Manson about Wood’s comments to Congress in 2018, Manson had hung up the phone.

Rose McGowan, an ex-girlfriend of Manson’s has also recently stated that she supports Ms. Wood.

I stand with Evan Rachel Wood and other brave women who have come forward. It takes years to recover from abuse and I send them strength on their journey to recovery. Let the truth be revealed. Let the healing begin.

California state senator, Susan Rubio, is also calling for the FBI to launch an investigation into the matter. There may be further fallout from this event as more is surely to come.