Hedge Funds on Wall Street met their match this week, not from foreign competitors or rival firms, but from self-proclaimed “degenerates” on Reddit – laying bare the disparity between the little guy and the super-wealthy.

A common accusation laid at the feet of stockbrokers, financiers and hedge funds is that they make a living without creating value – manipulating markets, gambling with vast sums of other people’s money and becoming fabulously wealthy, all without providing any real-world benefit to society.

Such critiques exist all across the political spectrum. Left-wing socialists, radical Marxists and centrist liberals oppose the hoarding of wealth, the high barriers to entry, and the inevitable bailouts when wins become losses. Conservatives and libertarians dislike the frequency with which bad businesses and irresponsible decisions have their bills footed by governments. But by-and-large, these hedge funds aren’t going anywhere, and are a fundamental factor of our economies. Challenges are usually internal in nature, either through competition with rival firms, poorly calculated risk management, or a lack of regulation.

That is, of course, until a swarm of meme lords, armchair economists and students decided to flip the script. 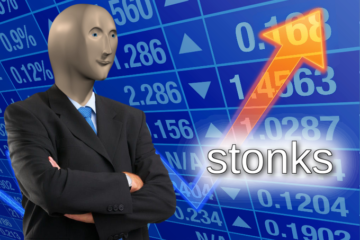 Hedge fund Melvin Capital had been ‘shorting’ stock on Gamestop, the brick-and-mortar video game store that was a ubiquitous sight in strip malls and department stores across the USA for decades. Already on the way out thanks to increasingly online markets for games, Gamestop was crippled by the COVID-19 pandemic. Hedge funds correctly assumed that Gamestop stock would tank, and tank hard, over the next few years. By borrowing shares and selling them, hoping to buy them back later at a greatly reduced price, shorting Gamestop would bring in massive profits down the line.

This prediction wasn’t just made by savvy investors, however. Wallstreetbets, a subreddit dedicated to aggressive, highly speculatory investments, predicted that Gamestop stock was being shorted. With a concerted effort, however, the value of these shares could be drastically turned around. Many such predictions are made on the subreddit all the time. r/wallstreetbets is infamous for advocating for options that more often than not do not come through.

Enough users were convinced, however. Redditors began to buy, and buy big. Within a month, Gamestop’s share price had jumped massively. It rose from $4.30 in August last year to its peak of $483 last Thursday. In response, of course, funds began to dump their stocks, driving the price up even higher. The intense fluctuations in price were highly unstable. Many redditors unloaded their stocks, only for them to quadruple in value hours later. Others held on only to watch as the value collapsed practically in real time.

For Melvin Capital, this resulted in a multi-billion dollar loss. So debilitating was this that they received a $2 billion dollar bailout from Citadel, a fund managed by billionaire Ken Griffin.

The trading app Robinhood, popular for its lack of fees and user-friendly interface, became quickly overwhelmed by the unprecedented level of traffic. And under an increasing amount of pressure, they placed a hold on the trading of stock in several companies, including Gamestop. What is important to note here is that trading GameStop stock isn’t restricted. The lockdown is only the service most commonly used by entry-level investors.

The backlash from this decision has drawn the ire from as diverse voices as progressive congresswoman Alexandria Ocasio-Cortez, conservative commentator and uber-contrarian Ben Shapiro, and erratic billionaire Elon Musk.

Robinhood users were so incensed that they launched a class action lawsuit against the company. Users claimed Robinhood was unfairly favouring investors who were not Robinhood customers. The company later clarified that they didn’t have the capital to support the volume of trades, but their radio silence for several days after the incident remains deeply suspicious.

Socialism for the Rich

For many, this was a clear demonstration of a long-standing economic concept called “socialism for the rich”. Also known as ‘lemon socialism’, the theory is that government subsidies are used to prop up failing firms, such that their losses are covered by the government, and not by their own capital. 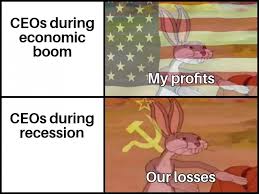 A common sight on the subreddit.

For most people, ruthless capitalist economic models are the standard. The aspirational are highly taxed, there are limited safety networks if things go badly, and gambling away one’s life savings is just that – a gamble. For the ultra-wealthy, however, the system is much more forgiving. Mistakes are rewarded with a slap on the wrist, huge financial losses are mitigated with enormous corporate bailouts, and rarely, if ever, are there serious ramifications for reckless, irresponsible or unethical behaviour.

In this case, the freeze on trades for retail investors, not hedge funds, is a clear demonstration of the unequal playing field at work. 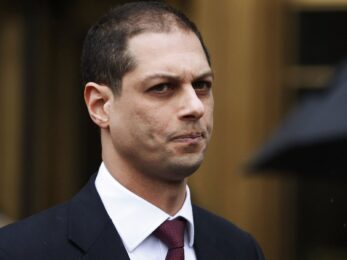 Kareem Serageldin, the only executive to face prison time for his role in the Global Financial Crisis. Credit: The Independent.

The problems with this kind of action are manifold. Firstly, it shows the emptiness of the American idea that the wealthy are just clever, hard-working people being rewarded for their persistence. If that were really true, the denizens of r/wallstreetbets would be well on their way to being millionaires by now. Secondly, it proves that the market will protect the powerful to the detriment of less well-off people.

Moreso than this, though, bailouts allocate money that could and should go to better causes than keeping parasitic businesses alive. For decades rhetoric surrounding universal healthcare, or better school standards, or climate action, has suggested that it is too expensive, or even a socialist conspiracy. When firms and banks that make bad decisions and tank are bailed out, often with billions or even trillions of dollars from federal reserves or other private funds, it shows that there is enough money out there, but it is allocated in the wrong way. Banks and organisations that are deemed ‘Too Big To Fail’ have prompted decades of critique, from the writings of Noam Chomsky to the placards of Occupy Wall Street protests. 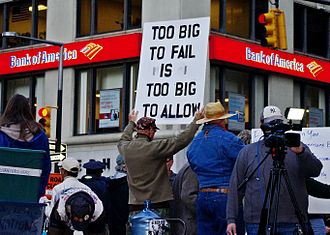 Finally, situations like this can often reveal the ridiculous discrepancy between punishments for blue- and white- collar crimes. There has been a significant decrease in the rate of convictions for white-collar criminals in recent decades. This casts a stark light on the inability of contemporary justice departments to properly curtail crimes in the corporate sector. Many firms are willing to just wear the fines and settle out of court rather than face genuine accountability. Meanwhile, poor people and minorities continue to be disproportionately targeted by police, as last year’s protests are evidence of.

There are two main through lines for the population of r/Wallstreetbets. The first is a heady cocktail of boredom, greed, performative meme culture and as an old-fashioned gamble. The sense across the board is that these aren’t economists or stockbrokers. They’re ordinary people, trying their hand at investing. The “apes” and “degenerates” are relying on positivity and solidarity to carry their stocks ‘to the moon’. There is a real sense of excitement, anticipation and optimism for the power of their movement, and the inevitable defeat of the ‘hedgies’ that oppose them.

The other drive, however, has deeper ideological roots. This is, in effect, the spiritual successor to the Occupy Wall Street protests of the early 2010s. There is a real pleasure being taken in sticking it to ‘fat cats’ in hedge funds. This effort to democratise the stock market and seize power and influence back by ordinary people is a concerted one. The subreddit is revelling in the power they have taken for themselves. 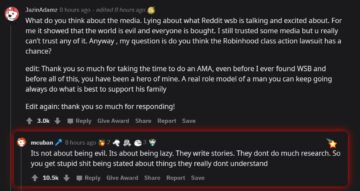 Billionaire and host of Shark Tank, Mark Cuban, hosted an AMA on the subreddit, offering pearls of wisdom to aspiring investors. Credit: Wallstreetbets

This shift in power dynamic has proved many things; the fragility of the market; the power of virality in influencing contemporary culture; the gullibility of people who just want to get a leg up. What is strangest is that this has nothing really to do with Gamestop. The same trend has happened with a few other companies in recent days including cinema chain AMC. Instead, it is the result of gaming a system that relies on shorting companies that are on the way out. While the influx of cash has helped them out, GameStop isn’t out of the woods just yet.

The Gamestop squeeze has showed once again the power of virality. If a few million idiots jump on a bandwagon, it’s going to make a huge impact.

Maybe if a few million more got involved, more could be done to take down other structures that rule over us…