Aussie rock legends Midnight Oil are bringing their ‘Makarrata Live’ show to Sydney’s Enmore theatre to kickstart their lineup of shows across the country.

Midnight Oil’s ‘Makarrata Live’ was inspired by their 2020 studio album The Makarrata Project. The album sought to highlight Indigenous voices as well as donate proceeds to Indigenous organisations. Makarrata comes from the Yolgnu word “describing a process of conflict resolution, peacemaking and justice,” or “a coming together after a struggle.”

In the spirit of the album, the live show will include the appearances of First Nations collaborators. Leah Flanagan, Tasman Keith, Alice Skye, Troy Cassar-Daley and Dan Sultan all feature. Midnight Oil’s Sydney show will be at the beloved Enmore Theatre on Thursday, 25 February. This performance is described as ‘an intimate warm-up show’ that will kick off the rest of the tour. 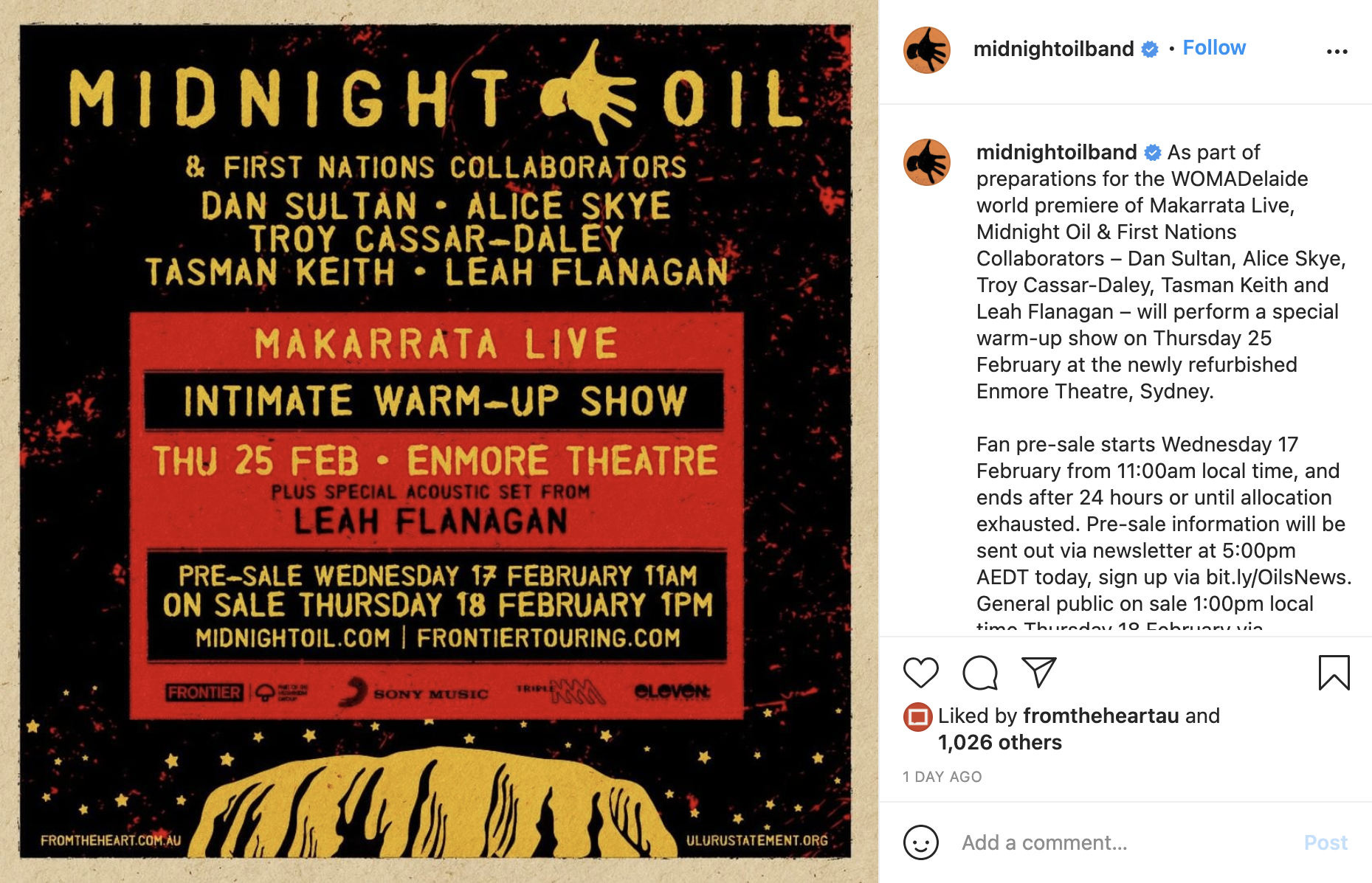 The band and their collaborators will perform songs from the Makarrata Project. Along with songs of reconciliation from across Midnight Oil’s back catalogue, of course. The warm-up show will also include an acoustic performance from Flanagan.

If you want to catch the show, tickets are on sale from Thursday 18 February available here.