German born Leon Dame first set foot into the industry after he was scouted while waiting for a bus. The next 5 years would allow him to build up his modelling proficiency and reputable standing within the world of fashion.

His very first show for Sacai in 2015 would lead to other major brands booking him for their shows. Walking for large-scale clients including Gucci, Alexander McQueen and Louis Vuitton in 2016, his work both on and off the runway only added to his credibility. Gracing the pages of Etro and Roberto Cavalli’s publications, Leon Dame was making strides in the industry.

Then in 2019 came one of his biggest moments.

His rise to prominence began during that year’s Paris Fashion Week. Personally chosen by John Galliano to close out the Maison Margiela Spring/Summer show, his quirky walk quickly earned him significant attention.

Videos of his eccentric performance down the catwalk quickly flooded the internet. Social media generated comment upon comment both praising and encouraging the exuberant model. With the world as his audience, and his visage firmly solidified in their minds, Leon Dame’s career skyrocketed.

The auspicious young male model has since gone on to walk for high-end brands in 2020. These include Fendi, Boss, Valentino, Salvatore Ferragamo, Balmain, and Isabel Marant . He has continued to book print work, scoring campaigns from clients like Lacoste and Uniqlo, as well as editorials from Vogue.

Most recently in 2021, Leon Dame has modelled designs from Hermes and Dries Van Noten. Each campaign, Leon Dame’s aptitude for embodying a persona lights up the room. Having studied theatre theory, his ability to transform with each new look attests to his versatility. 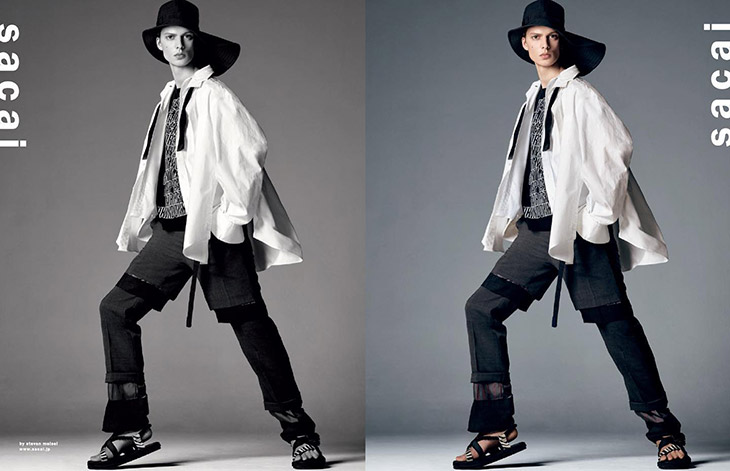 Creativity is his passion. With inspiration from his mentors, he puts meticulous thought into how he carries out his ambitions. Leon Dame has stated that he loves the idea of infusing a character into his work. Humbly seeking guidance from those with more experience, he has collaborated with movement director Pat Boguslawski to hone his craft.

Concerning the industry, he mentions that he’s open to new possibilities, a trait that allows him to enjoy fashion and the experiences he can create within it.

His approach to life has proved favourable amongst clients in the fashion world. Brands that he’s previously worked for like Maison Margiela and Louis Vuitton have constantly included him in projects.

Dame has amassed over 100 thousand followers on Instagram, and videos of his runway performance consistently garner over half a million views.

Represented by Viva Model Management, Leon Dame has become a prominent figure and consistent face in the industry. We can’t wait to see where his career takes him next.