Released on International Women’s Day, ‘Lie Low’ by Parker is a deeply personal track about finding your own voice and not standing in someone else’s shadow.

‘Lie Low’ is a collaboration between Parker and Sound Engineer Becki Whitton, whose music has been affectionately described as ethereal trash, a label which she wholeheartedly embraces. Accompanying the intensely introspective track is a masterful film clip offering; an eerie yet beautiful visual reflection of the song, created with long time visual collaborator Hans van Vliet. 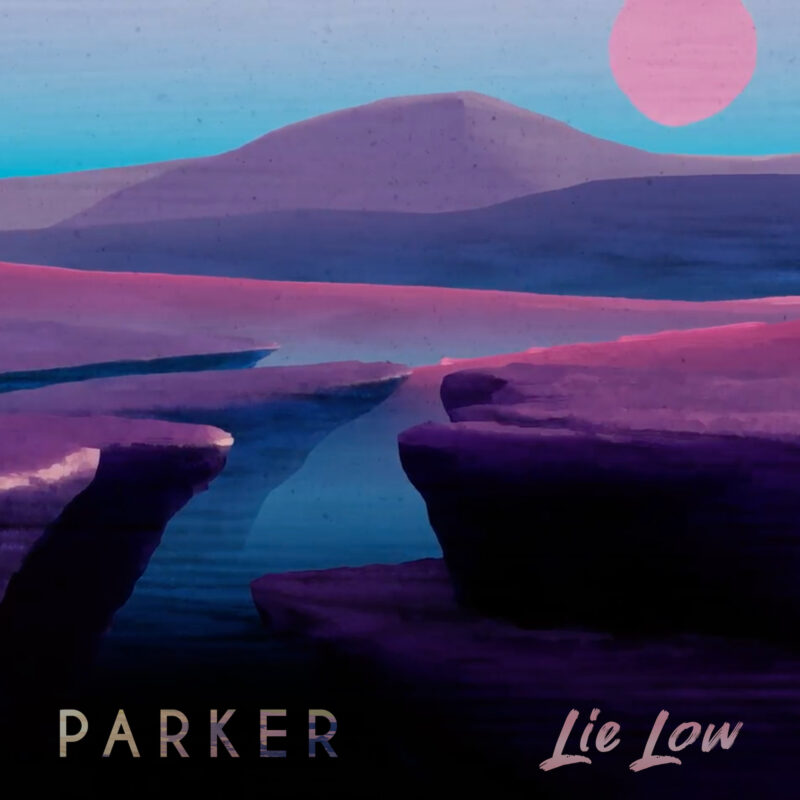 So what was the relevance of the track’s release date, International Women’s Day?

So that was a decision that I made, kind of because I feel that the content of the song was really poignant… I think that there are a lot of women out there that tend to be quite self-sacrificing. They put other peoples needs, wants and dreams before their own and that was what my own experience (as a female) had been like. The song evolved to a “no, I’m not going to do that anymore”.
I thought that it would be an inspiring song to release at that time (International Women’s Day) and engage a conversation around the song.

And what was the creative process like for ‘Lie Low’?

I’ve had so many different processes, I was just chatting with Becki (Whitton) today actually.
I’ve been working with her over the last few years. We wrote the first demo of this song, with the verses and chorus at Gab’s (of Japanese Wallpaper) studio. She was studio-sitting at the time.
We wrote half of the song, then during the process of post-production on it, I felt like it really needed another section. From there, Hahn sent me through some musical ideas of where it could go and I recorded the bridge section, the really intense vocal part, at home in Tasmania. I set up a mic in my bedroom, I really yelled and screamed and made a whole lot of crazy sounds. It was really liberating actually, often I’m working with a producer recording vocals in a studio. It was a really different approach to be able to aproach to be able to record myself and use that isolation as an opportunity to be… free. I dunno, we dance differently in our bedrooms, you know? I really loved how freeing and liberating that feeling was.

Eventually, we pieced the song together and Becki did the mixing and mastering on it.

And what is it like to collaborate with Becki Whitton?

Becki does a lot of Twitch streaming, she’s such an advocate for women producing their own material and women being awesome in the industry – laughs. I met her a few years back and she’s done all of the mixing, mastering and vocal production to date. We’re working on two new songs together at the moment, she flew down to Tassie and we’ve been hanging out, playing oracle cards and drinking lots of tea. Even over Covid we’ve worked remotely a lot as well and so I felt quite lucky that I could continue working with my team. We’re across three states so we’ve been working via different technology and communication types for ages. When Covid hit, it was no different. Just more Facetime and less physical trips.

How did the video clip for ‘Lie Low’ come together?

I love to work from home, last year really inspired me to work more on my own production, be more savvy. That’s kind of how the video clip came about. Usually I would take a trip to Brisbane to work with Hans on a music video. Usually he does the animation, not the physical filming component. So, I set up a camera in my bedroom at home in front of a white wall and did a whole bunch of performances to send to him to use for the clip.

Hans imported the video footage into a program called Unity, which is a game engine for animating. It kind of allows him to create a world which characters can exist in. He also used a program called Houdini, an AI program which generates, it’s hard to explain because I don’t really understand how it works. It creates, uh – magic! Laughs.

It basically creates particle effects with a randomised organic quality. We didn’t really know how it was going to look, we just set them it and let it work.

Well, you ended up with something very unique.

Yeah, the colours as so beautiful. The colours are actually all inspired by a photograph that I did with Wilk, he’s an amazing photographer from Melbourne. I lived with him in a share house slash gallery when I was studying my fine arts degree in Melbourne, it was so much fun. It was a space at the top of Brunswick St, with parties and stuff always going on. We ended up doing a shoot together and he came up with that beautiful press photo with the turquoise and yellow.
I sent the image to Hahn and said, “we have to make a music video out of these beautiful colours”. He had to learn how to code and use these programs, he had 6 months to do it which ended up creating something pretty beautiful.

How would you describe your music to someone who hasn’t heard it?

Indie Folk pop, classic harmonies, it’s not so easy to define. We work in a way where it doesn’t fit strictly into one genre. Whenever I try to choose a genre on a streaming platform, I usually go to Alt-Pop, Synth Art Pop at times, there’s a strong art element to what I’m doing. I’m an 80’s kid so I feel that a lot of the sounds are very 80s inspired. I like very emotional and direct songwriting. I come from a folk storytelling background and so I feel like that comes through.

I’ve got a lot of artists that I feel inspired by, I think for ‘Lie Low’, in the way that I’ve been exploring visuals, Bjork was a huge inspiration. I feel that within her songwriting as well, she has the ability to be so direct with her lyrics. Some of her words are seemingly mundane, but her vocal performance can really deliver incredible emotion over that. She’s really inspiring. I also love Robyn, she’s amazing. I’d love to make more dance music.

So, you’d like to move towards dance music in the future?

Well, I’ve been communicating with artists from Launceston on a few tracks which are more Dance-Pop, I’m also experimenting more on a few Indie Experimental tracks too. I never know what’s going to come out of my work. I’m in three different projects right now because I write in such vastly different ways, it could even be a straight up Country track next time, I just never know.

Do you feel as though Covid-19 has had an impact on what you’re doing?

Yeah, well it has meant that I can be a bit more prolific at home writing, because I’m not travelling places and getting distracted with the busyness of socialising. I do definitely miss playing lots of shows, travelling and watching people play. I mean, last year I actually wrote a bunch of new songs for Runaway Belles and I also finished and wrote a bunch of new Parker tracks which I’m producing myself. I wrote and recorded a 12-track album with a Hobart artist, Costume (Adam Ouston) and we created a whole concept record which was funded by Arts Tasmania. I feel like that record has a real activism kind of energy to it, I get to yell and scream and swear and do lots of other weird things. I’ve never really done that before, it’s a good therapeutic outlet – laughs. I think that Covid has actually been really amazing in relation to art, and it’s given people some meaty things to write about.

Check out the ‘Lie Low’ film clip below: