A floral maiden with a dark title. Paolo Sebastian intertwines Greek mythology and couture with Goddess Persephone or otherwise known as Queen of the Underworld.

The story of Persephone begins in a meadow, blooming with flowers. The young Goddess is lured away by a beautiful and sweetly smelling flower. But the seduction is a trap in disguise. Hades, God of the underworld, steals Persephone to make her his wife and queen. Afterwards, Hades tricks Persephone into tasting the pomegranate seed, cementing her destiny with him forever. Every few months in a year, Persephone is allowed to return to Earth. Marking the end of the cold winter months, and the return of harvest and warmth.

Ancient Greeks had a remarkable talent for weaving complicated motifs of love and hate into a story. Centuries later, Greek mythology continues to hold power in society. While Persephone was the embodiment of beauty, youth and life, she was also the queen of the underworld. The juxtaposition of motifs is a strong influence behind Paolo Sebastian’s new collection.

Paolo Sebastian first entered the fashion world in 2007. Ever since the label has been intertwining stories and couture to create ethereal designs. Founder and head designer, Paul Vasileff is the genius behind the otherworldly aesthetic. Despite releasing six collections before, Persephone is Paolo Sebastian’s first bespoke collection to be launched.

“We conducted a lot of research to really delve deep into the story, the themes, messages, and meaning present within the myth. We took pieces of iconography, motifs, and underlying themes that appeared within the story and really utilised them to create and shape the embroidery, beadwork, and colour selection.”

Persephone’s story does not end with victory, nor does she become a legendary hero. The young Goddess was portrayed as a victim forced to divide herself between motifs of good and evil. But with a different perspective, Persephone’s journey can be empowering. Vasileff’s modern day retelling shows her transformation into the queen of the underworld.

“The story of Persephone is about power, transformation, strength—we went to great efforts to lay out Persephone’s journey in the procession of the dresses and the way the colour palette and embroidery evolves.”

The 14 piece collection is nothing like ever released by Paolo Sebastian. Vasileff told Vogue that wrapping and rope work is new territory for the label. But with his artists approach to couture, Vasileff has modernised Grecian style. Designing an intricate collection of gold pleated gowns, wrapped silk dresses with cut-away detailing, and embroidered corsets.

“Couture, at its essence, is about creating something unique and the technique and craftsmanship that goes into perfecting that craft,

“For me, art and storytelling go hand in hand, what we’re able to do within the fashion industry and what we’re fortunate enough to create with our brand is create three-dimensional pieces of wearable art.”

Additionally, mass production and sales in the fashion industry is undoubtedly a major contributor to the dwindling health of the environment. Vasileff disregards the fad trends that promote single wear use. Vasileff told Vogue his priorities lay with creative freedoms and the journey of creation.

“The idea and process behind designing a couture piece is that you are creating something that is not to be thrown away,

“It is a precious item and we hope that clients will cherish these pieces, that they will stay with them and that they will eventually be passed down. Each custom-made piece is as individual and unique as the customer, and as they’re made to order there is little to no wastage.”

Not only does Paolo Sebastian design intrinsic couture pieces. He also uses fabrics and stories to transport you into a fairy-tale, different time period, or a Greek mythological story. To wear a Paolo Sebastian dress is to be doused in enchantment.

“We want to offer clients the sense of a dream… of tangible magic.” 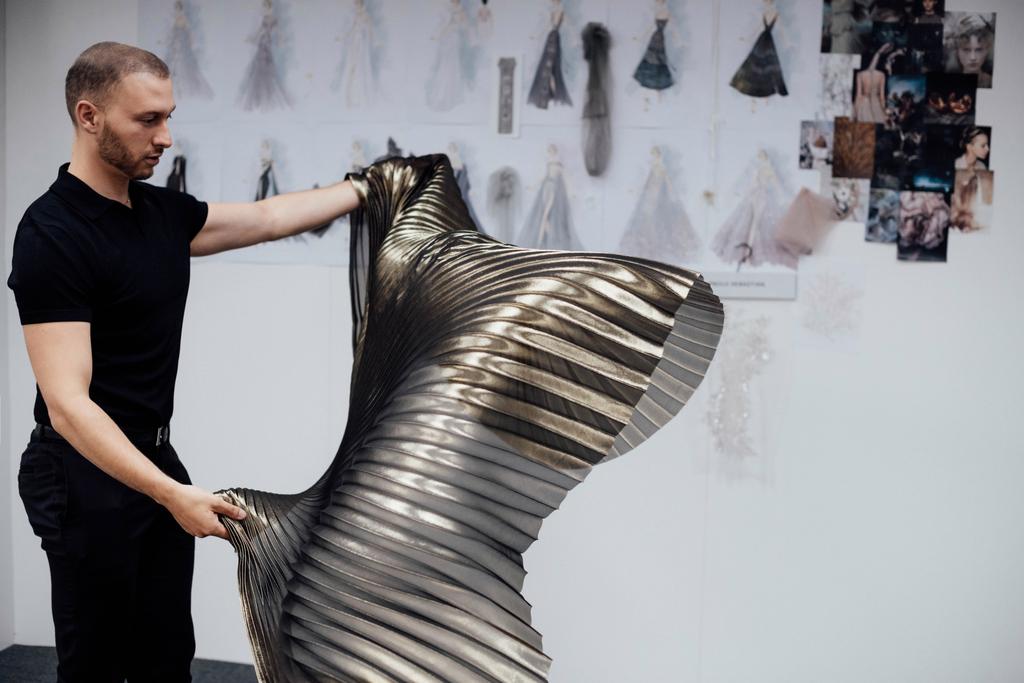 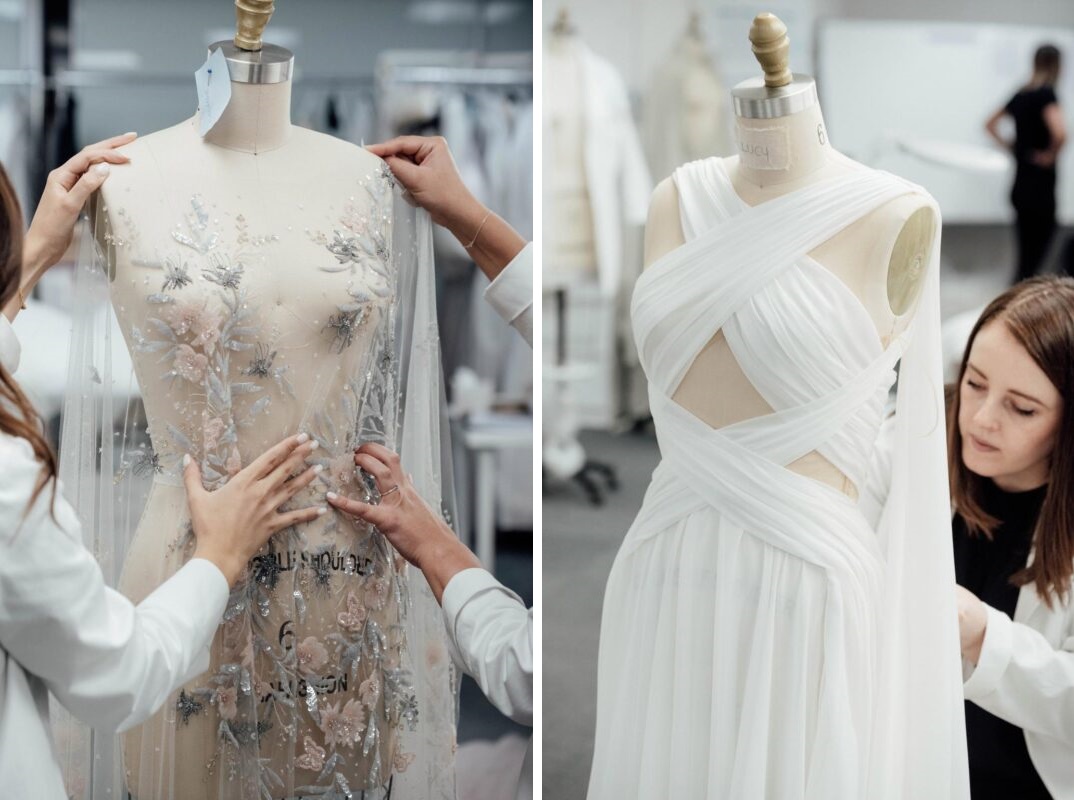 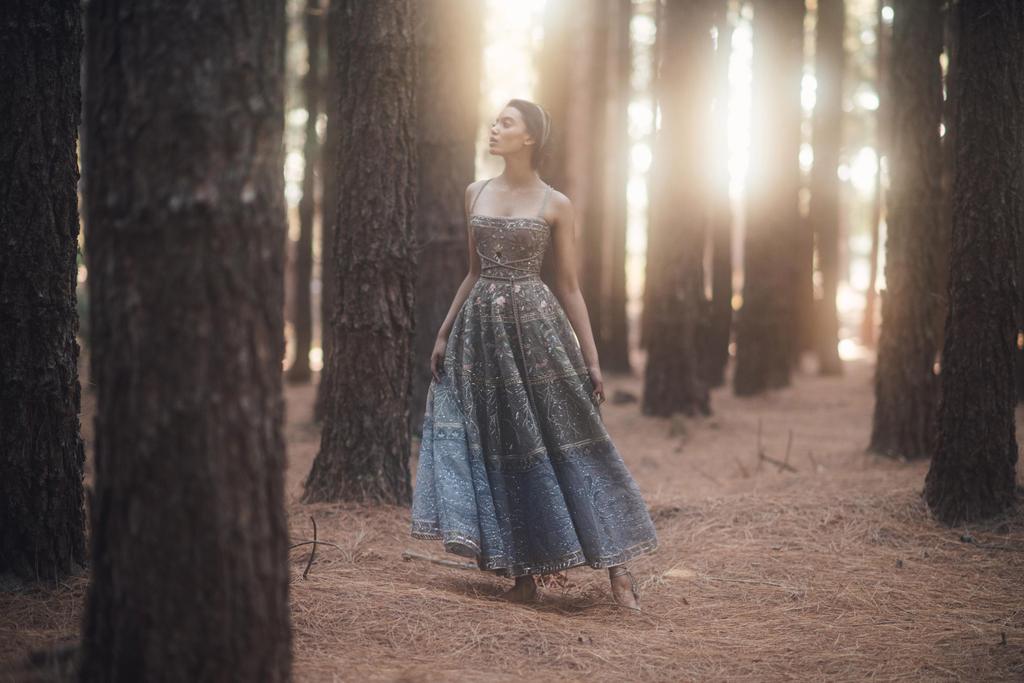 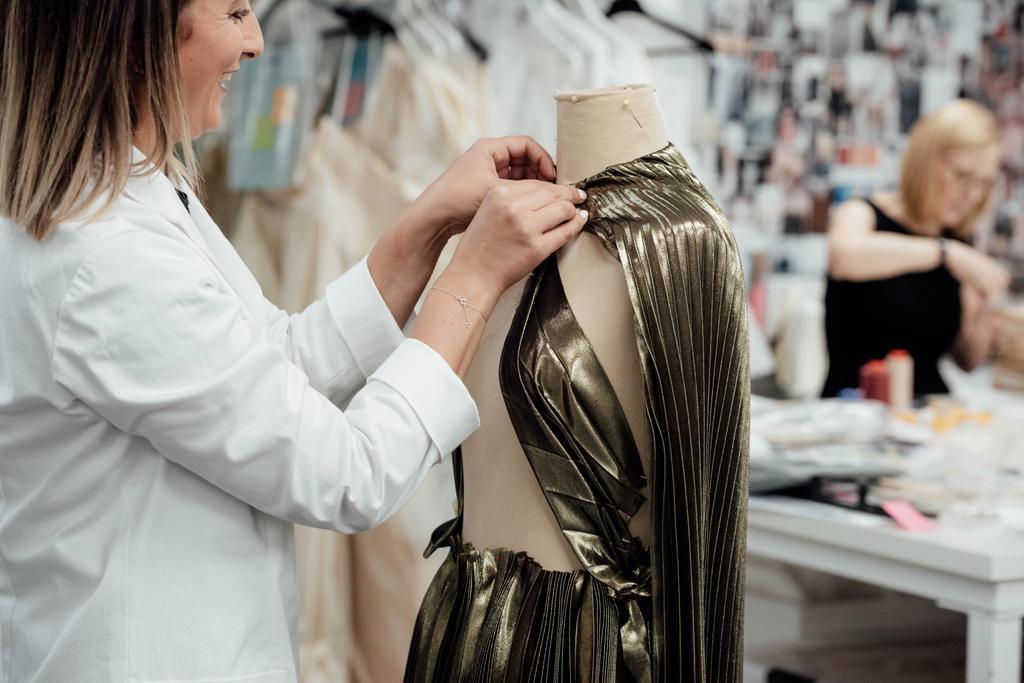