Originally planned for May 2020, Cruel World Fest has been rescheduled for May 2, 2022, boasting some huge names as headliners.

Upcoming acts include Morrissey, Bauhaus, Blondie and Devo. The acts were previously slated for the festival two years ago before the pandemic hit. Renowned bands Echo & the Bunnymen, Violent Femmes, the Church, Public Image Ltd., the Psychedelic Furs, the Damned and the English Beat will also feature, in news that will delight fans of goth and new wave.

Additionally, newer entrants into the scene will also perform, including Cold Cave, Black Marble, TR/ST, Automatic and Drab Majesty. Unfortunately, Gary Numan and Marc Almond will no longer be attending the festival.

The location of the event has changed, however, now set for Pasadena’s Brookside Park. Goldenvoice held Pasadena Daydream at the venue back in 2019, featuring the Pixies, Deftones and the Cure.

Cruel World’s top headliner, Morrissey, is a controversial pick for the lineup. The former frontman of The Smiths has fallen out of favour with many fans in recent times after he publicly supported a far-right political party among many other unsavoury things. Time will tell how his inclusion impacts the festival.

Check out the full lineup below: 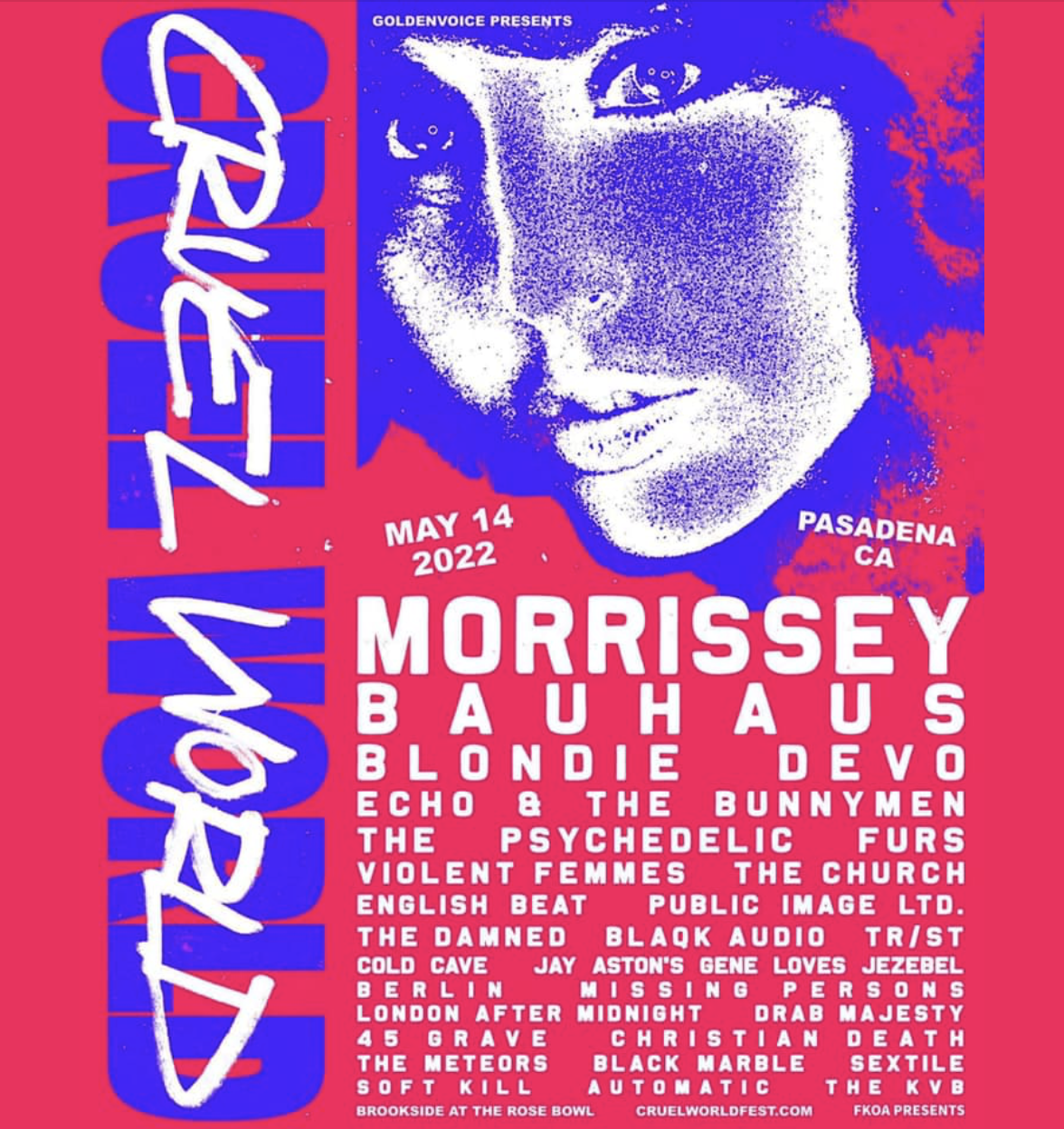 Tickets go on sale on June 11.