After 26 years, Victoria’s Secret has called an end to the featuring of their “Angels”; runway models that walk the runway in the brand’s lingerie and iconic angel wings. In exchange, they have announced the launch of The VS Collective, a partnership that aims to

Priyanka Chopra Jonas, Megan Rapinoe, Adut Akech, Amanda de Cadenet, Eileen Gu, Paloma Elsesser and Valentina Sampaio are the ambassadors of the collective. They have all played a notable role in advocating for women’s issues, including body positivity, LGBTIQ+ and gender equality activism.

This has been labelled as a powerful move for the company, as they have faced criticism for their promotion of unrealistic body standards and sexist views in the past. These criticisms were especially present during the rise of the #MeToo movement. In an interview with Vogue Magazine, singer and Savage x Fenty founder, Rihanna, commented,

“I’m not built like a Victoria’s Secret girl, and I still feel very beautiful and confident in my lingerie.”

Australian model Robyn Lawley is also a notable critic, who called for a boycott of the 2018 Victoria Secret fashion show on her Instagram, “until Victoria’s Secret commits to representing ALL women on stage“. 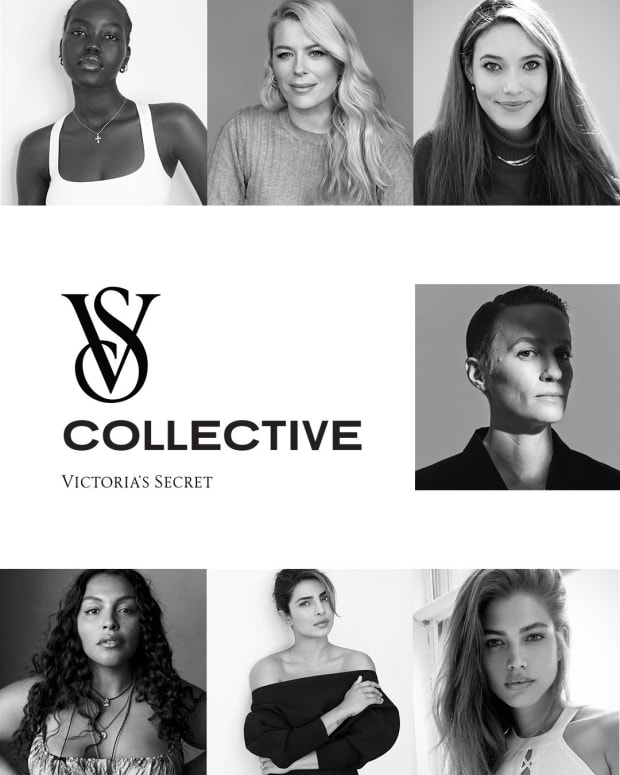 Victoria’s Secret started under Roy Raymond, who founded the store as a high-end lingerie store aimed at men. Slate tells how he chose the name: “Victoria” to mimic the high nobility associated with the Victorian Era, and “Secret”, to refer to what was hidden beneath.

The brand was then bought by The Limited’s Leslie Wexner, who changed the store’s focus from men to women. This allowed the brand’s value to go up to $500 million in two years.

“patriarchal [and] sexist, viewing not just what it meant to be sexy but what the clothes were trying to accomplish through the male lens and through what men desired. And it was very much marketed toward younger women.”

However, she decided to join the Collective after seeing the brand’s willingness to recognise their mistakes. And to change the role they played in the fashion industry. Paloma Elsesser was also a critic that grew motivated to join hands with the company. She told the NY Times that while modelling allows her to “change the world”, working with Victoria’s Secret would also allow her work to be accessible to all types of women worldwide.