The prolific relationship between the cult actress and global it-girl Chloë Sevigny, and designer Marc Jacobs has come full circle in the recent Marc Jacobs’ Resort 2021 campaign. During the New York HQ takeover, Sevigny strikes a series of poses that see her climbing over piled shoe boxes, co-starring with mannequins, and sprawled out on the foyer floor, flaunting each of the show-stopping looks.

The duo met in the early 1990s during a rather cosmic encounter after young Chloë Sevigny was cast in the Sonic Youth music video “Sugar Kane” that was to be filmed in Marc Jacobs Perry Ellis showroom. Sevigny caught the eye of stylist Daisy Von Furth during casting for the music video,  putting her in eye-shot of the infamous designer. What happened next marked the beginning of a long-standing, collaborative relationship. 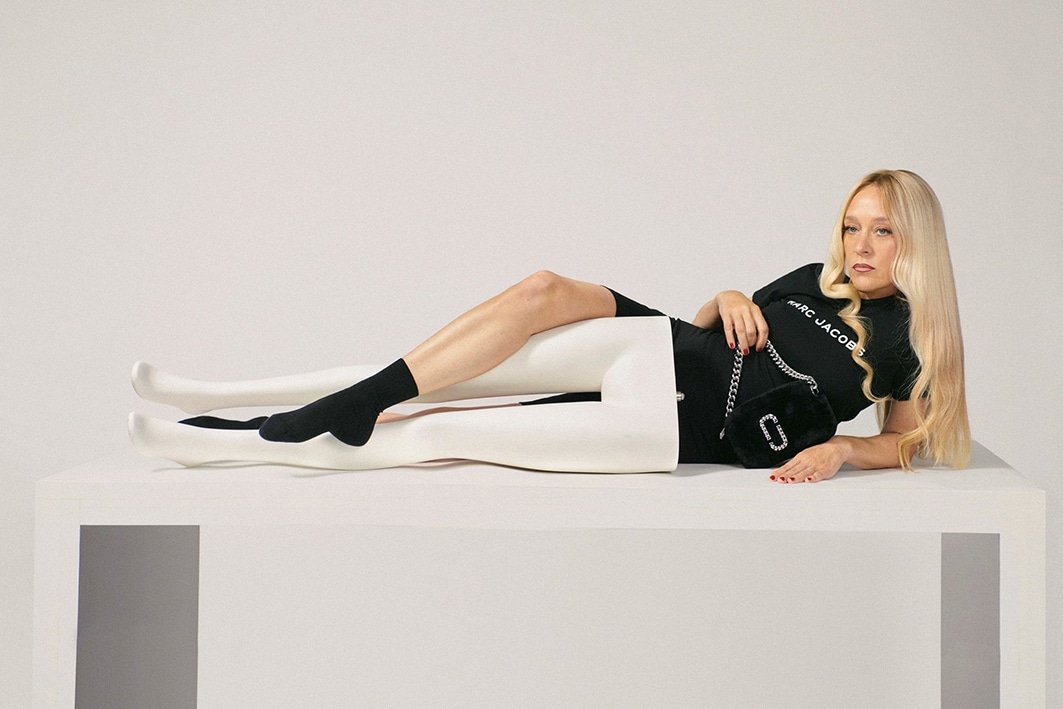 The Resort 2021 collection is the perfect embodiment of all that is Sevigny, downtown cool and total chic. The collection features an assortment of texture-play through vibrant faux fur coats, shearling-trimmed totes, silky slip dresses, and oversized jackets. Amongst the oh-so-chic looks, it was the crème monster heels that really caught our eye. It is a wonder how one will saunter streets in such a shoe. Nonetheless, it’s a heel we can appreciate.

Looking at the campaign itself, beyond the surface there is a theme of longevity that can be found; in the Marc Jacobs brand, in Chloë Sevigny, and in a friendship between designer and muse. Each element is as venerable and modish as the next.