The biggest names in Hollywood took the red carpet to showcase glitz and glamour at the 94th Annual Academy Awards.

Before the prestigious Oscars award ceremony kicked off (or slapped off…), actors and actresses alike walked the red carpet to show off their elegant gowns and custom suave suits. As expected, some stars rise to the occasion and others miss the mark entirely. Here are our top picks for the best dressed at the Oscars ceremony:

One of Hollywood’s most influential movie stars has consistently hit the mark this award season, and this look is no exception. Chalamet wore a bedazzled Louis Vuitton cropped suit jacket that revealed his bare chest, paired with a large diamond incrusted panther head necklace.

The ‘Pam & Tommy’ star stole the show wearing a soft-pink Versace couture gown with a high slit and pink lace detailing at her first-ever appearance at the Oscars. James finished the look with an eye-catching Piaget necklace, diamond earrings and matching pink heels.

Only Kristen Stewart could rock up to the Oscars in a pair of shorts and be named one of the best dressed of the night. The actress wore a black satin Gucci blazer and shorts with an open white button up shirt to reveal a plunging pink stone and pearl necklace. The actress, who was nominated for her portrayal of Princess Diana in ‘Spencer’, was quick to ditch the heels in favour of black brogues and white socks.

Jessica Chastain stuns in a shimmering purple and gold gown with ruffles on the hemline. The bodice of the dress fit perfectly on the actress, Vogue commenting “it looked almost molten running down her torso in an ombre of hues.” Chastain won the Best Actress award for her unrecognisable transformation into American evangelist Tammy Faye. 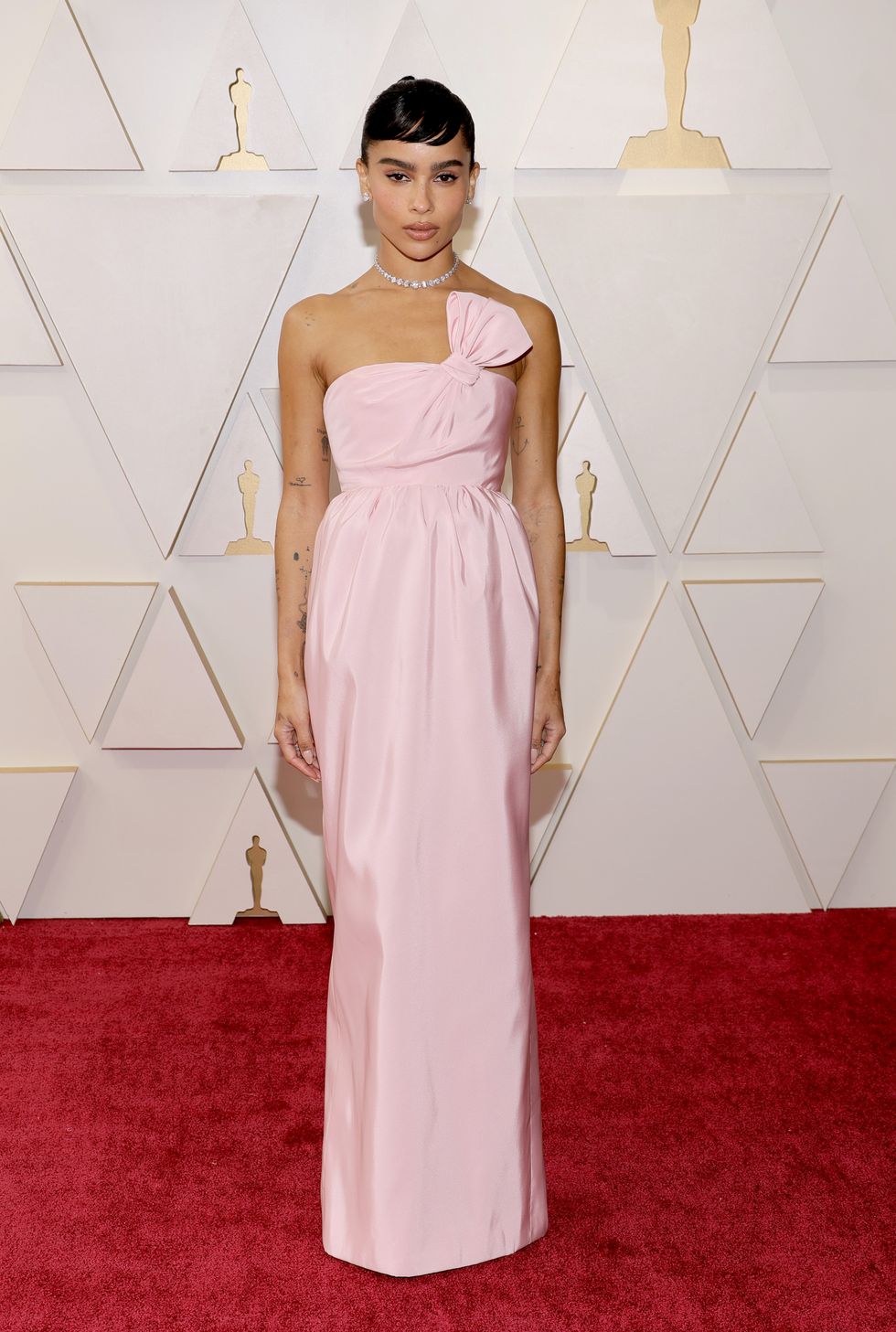