To celebrate and promote his 4th studio album, Post Malone has released a Listening Experience for his album “Twelve Carat Toothache”.

To celebrate the release of his fourth studio album Twelve Carat Toothache, Post Malone has put up a 44-minute Listening Experience on Youtube. The release comes via Amazon Music’s hip-hop and R&B brand, Rotation and Director Micah Bickham. The listening experience is set on the eve of the “Twelve Carat Toothache” release. It captures the immersive experience of the first full listening of the album. Post Malone played to an intimate group of his friends. Family and collaborators also joined, creating an intimate environment to launch the album.

Post Malone explains the reason behind the style of the listening experience as,

just trying to recreate the feeling that you get in the studio, hearing it at 6 am, just hanging out and having fun

The Listening Experience video has earned 969,434 views and 24k likes since it dropped on Youtube on June 10th. Along with this listening experience on 13th June, Post Malone announced a North American Tour for his album called the “Twelve Carat Tour”. 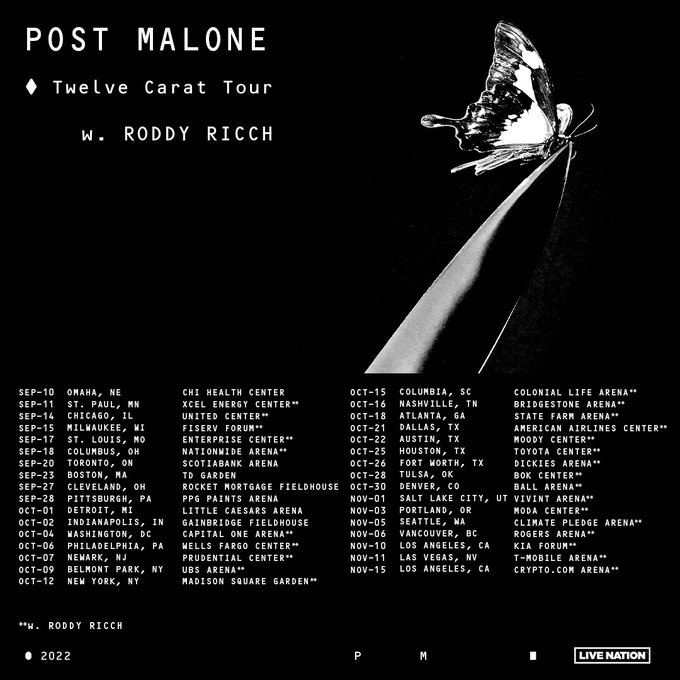