“Surrender” is an insight into Maggie Rodgers’ past two years of isolation, following on from her 2019 debut album “Heard it in a Pass Life”. The album offers listeners an introspective look into her life that submits unapologetically to the pulls of her heart. 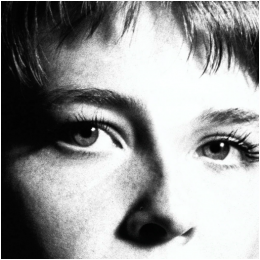 Maggie Rodgers encapsulates a certain type of euphoric energy that is equal parts heartfelt and gritty in “Surrender”. Co-produced by Kid Harpoon and Rogers the 12-track album confidently leans into electropop elements and fuller instruments.

After moving back in with her parents in Maine, burnt out from her first headlining tour, she later enrolled in grad school at Harvard. The explosive album was finalised whilst writing her thesis titled Surrender: Cultural Consciousness, the Spirituality of Public Gatherings & the Ethics of Power in Pop Culture.

Less Eager to Prove Itself

From the opening “Overdrive”, each song takes you on an out-of-body experience that intrinsically weaves deep, rich emotions into every track. At the climax of the album, there you’ll find “Shatter”. A fast-paced track bursting with energy and synth-punctuated. Unlike her debut album’s delicately layered textures and vocal harmonies, this song brings to life what Rodger proclaims as a “feral joy”.

Since its release, the album has been well received with praise as critics say; ” If Heard It in a Past Life was the culmination of the Maggie Rogers who broke through from indie folk artist to viral sensation; Surrender sounds more secure and less eager to prove itself.”

Prior to the release of Surrender, Maggies teases a trailer for the album, as she bares all in a poem accompanied by her newest music, the singer says;

“For a long time I fought it. Resisted. Held up my fists. Tried to hold the current. Foolish. I found peace in distortion. A chaos I could control. Turned the drums up real loud hoping they could shock me back in. .

Music Made to be Listened to Live

The wild and unapologetic vulnerability Rogers creates allows her to embody complex emotions. Surrender is raw, revelatory, and ready to be shared with the sweaty immediacy of live performances. Maggie Rodgers ends the video with her last touching words, she says: “We were 18. We were 23. I’m 27 now. Here’s all I have. It’s yours to take. Love. Hate. Anger. Feral joy. This is the story of what happened when I finally gave in. Can you let go? Can you feel it all? Can you –”